“Sanguine On The Rocks” by James Holt 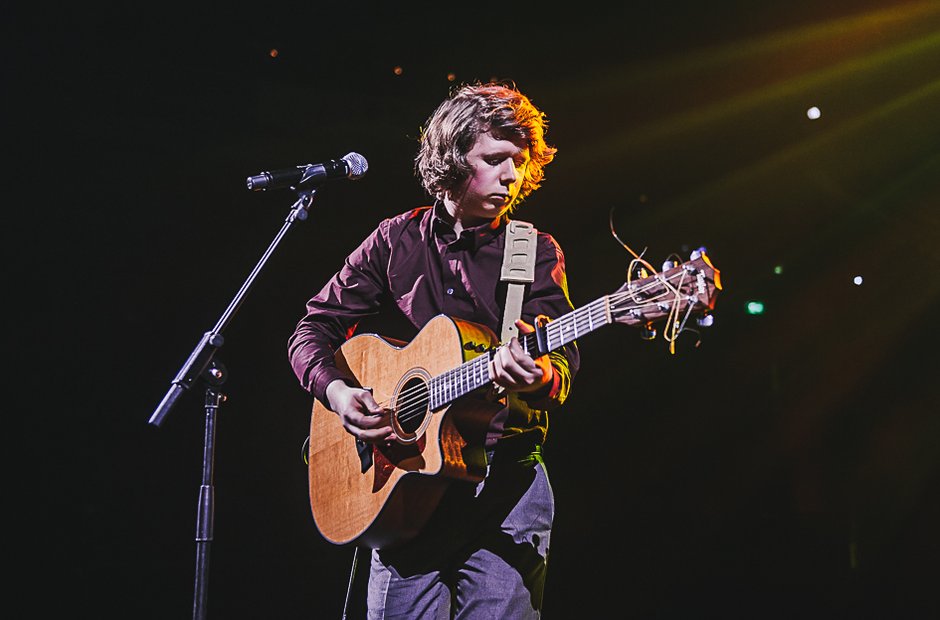 Manchester-based multi-instrumentalist James Holt, with his deep blend of alternative rock and folk, is set to release his second EP Sanguine On the Rocks on Friday 29 April 2016.

Holt has been writing since he was 11 years old (playing piano since age 6), primarily classical and jazz improvisation before graduating to songs and riffs. James Holt’s first performance at 19 was for a local songwriting competition, which he won, for Booths Music in Bolton. And although James was born with bilateral hearing loss, he’s not stopped since, taking his solo show so far as The Royal Albert Hall’s most recent Music For Youth Proms 2015.

“The power of the combination of music and words is incredible: create worlds, play God, visit other stars, see things through the eyes of a pebble or a mountain. The most astonishing thing about the song (or music or art) is that it has the ability to change someone’s mind,” says James.

23 year-old James, who has already attracted the attention of Brian Eno, has produced yet another a collection of songs that belie his age. Inspiring peers of all levels and ages, James Holt’s 2014 track ‘Whatever Happened to John?’ was handpicked by Brian Eno for Curators Choice inclusion at art event NOISE Festival the same year. World-renowned producer Eno hailed the track as “brisk, funny, exciting. Great drumming. This track feels fresh and exciting to listen to”.