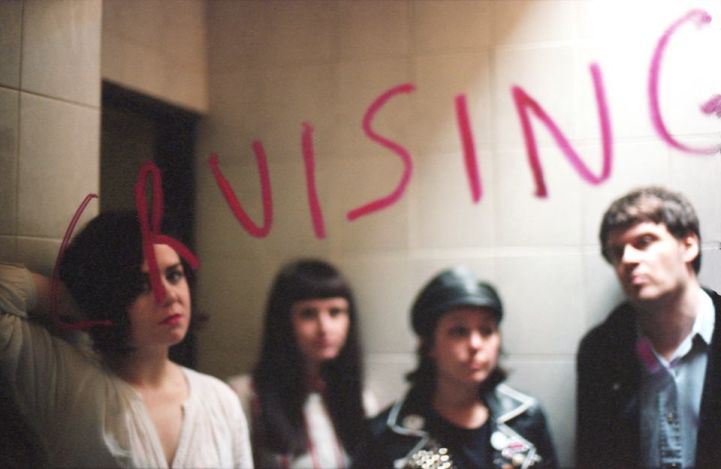 Cruising are a four piece from Dublin and Belfast made up of Benni Johnston (Vocals), Claire Miskimmin (Guitar/Bass) Neil Brogan (Guitar/Bass) and Sarah Grimes (drums). With previous/ongoing experience in bands such Girls Names, September Girls, Sea Pinks and Logikparty, Cruising began in 2013 as a side project for all four.

Named for William Friedkin’s gay exploitation shocker from 1980, the debut single You Made Me Do That (taken from the killer’s line in the film) dropped in early 2014 on Soft Power records and was recorded live as it was written. Practicing sporadically and playing a string of incendiary/chaotic live shows when schedules allow, CRUISING have now miraculously recorded their debut EP proper for Tough Love. Recorded in two days in a freezing railway arch studio (Dublin’s Guerilla Studios) in January 2015, and mixed at Belfast’s Start Together, the self titled EP shows the band in various guises, morphing between popper’d up Agit-Punk (the re-recorded You Made Me Do That, Woman), psyched out post-punk (Lifting), and riff driven bangers (Safe Corridor, Cutlass, The Spectacle).