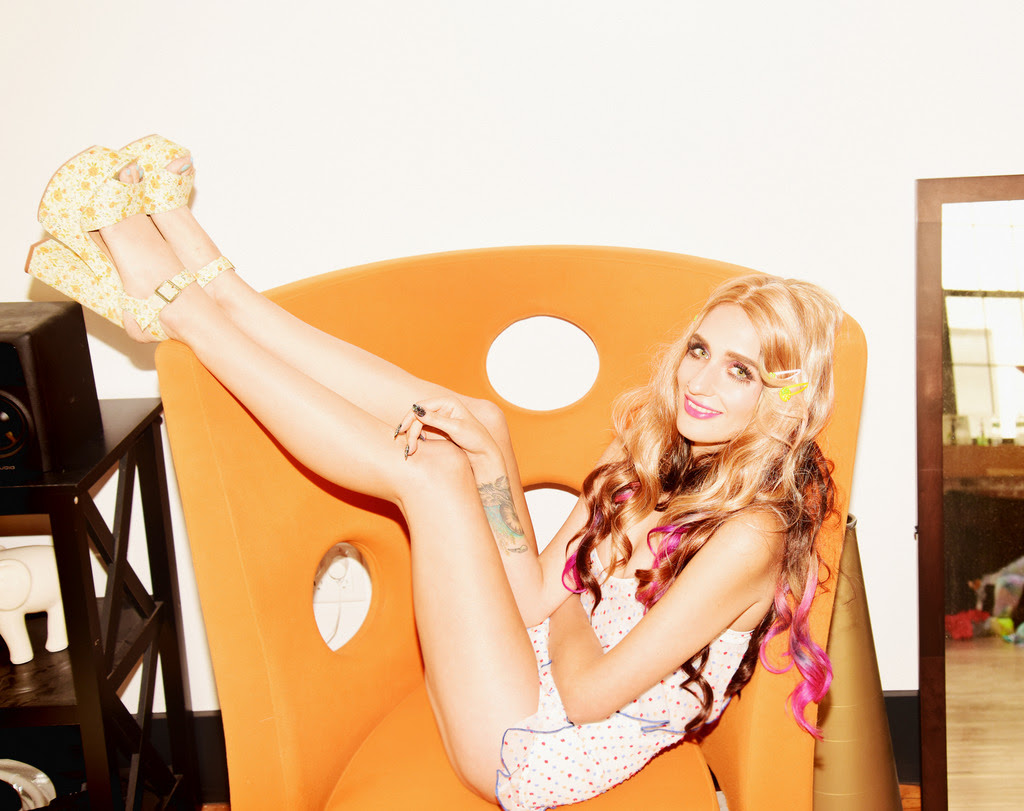 ICYMI: Sadie Dupuis from Speedy Ortiz has another projector called Sad13. Her debut album Slugger next month. Today, Sad13 shares the third single off Slugger entitled “Devil In U.”

It’s about constraining your life to avoid conflict in the face of emotional abuse. You cut yourself off from your support systems and passions to prevent and assuage your partner’s irrational reactions; you force yourself to fit another person’s definition of “angelic” so as not to provoke their “devilish” side. But no devil is worth your care if they don’t love and support you for who you are. And if the “Devil In U” causes you to hurt someone you supposedly love, maybe you’re just the devil, period.

First thought your thoughtlessness was just aplomb. First thought, best thought. I must’ve got the sequence wrong. Frogs in the broth, swimming. Who’d dare to show to you mercury reversing when you don’t approve? So I observe the moon, keep my puppy groomed, and read my books all the way through. And when I’m with my crew I proffer to you proof, ‘cuz that’s what an angel would do who’s stuck with the devil in you. Wax in the cauldron, bricks in the leavening. I’m your favorite person, but you don’t approve. Scuff in the throne room. Death in the family.

Slugger was self-produced, recorded and written by Dupuis, mixed by Gabe Wax (Beirut, Wye Oak, Boots) and mastered by Emily Lazar (Sia, HAIM, Sky Ferreira). After Sadie Dupuis moved to Philadelphia in early 2016, Slugger quickly began to take shape. Throughout the album, Sad13 chews on what it means to give and receive consent, sexual and romantic autonomy, finding new modes of enjoying love and boning after destructive partnerships, shredding joyously past misogyny and other exclusionary gender politics, and so many more exploratory, non-exploitative areas of love. “I wanted to make songs that were the opposite of ‘Genie in A Bottle’ or ‘The Boy Is Mine,'” Sadie Dupuis says of Slugger. “Songs that put affirmative consent at the heart of the subject matter and emphasize friendship among women and try to deescalate the toxic jealousy and ownership that are often centered in romantic pop songs.”