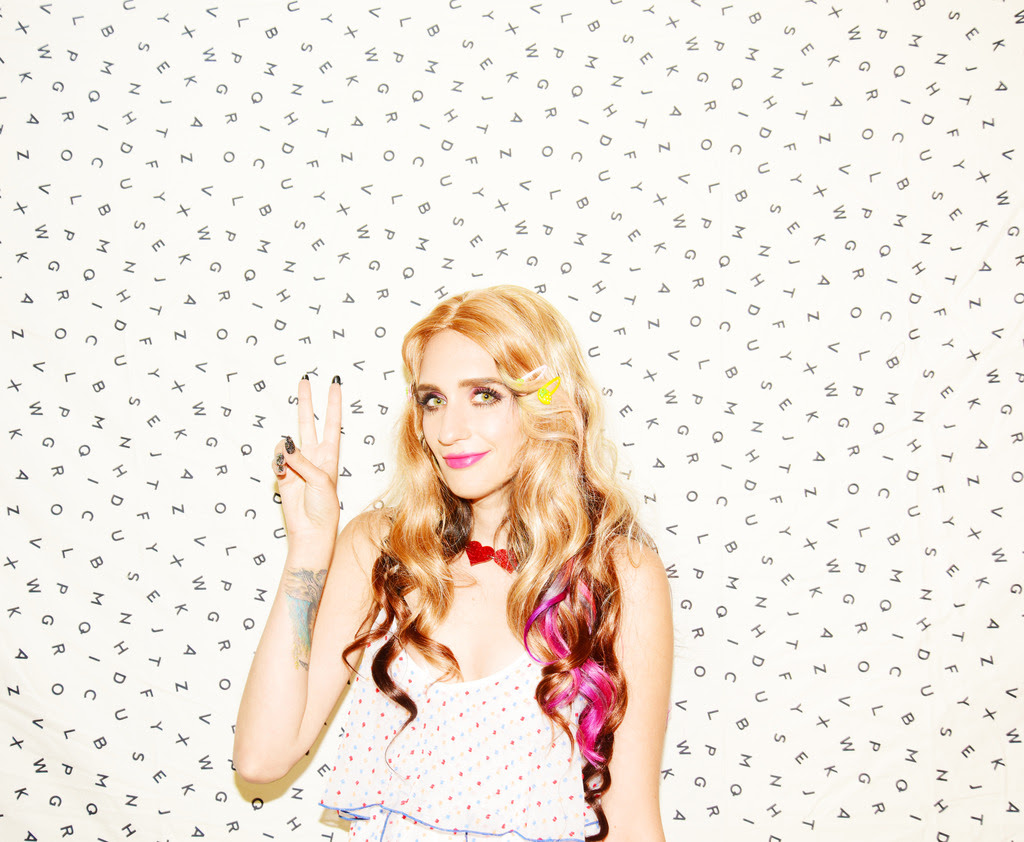 Sad13 – a.k.a. Sadie Dupuis of grunge-pop band Speedy Ortiz – will release her debut solo album Slugger on November 11th via Carpark Records. Today, Sad13 shares the second single off her forthcoming album entitled “<2.” The music video, which is an homage to YouTube and Instagram make-up application tutorials, was co-directed by Dupuis and Catherine Elicson and features cameos by fellow Philly musicians Shamir Bailey, Rachel Browne (Field Mouse), Amanda Bartley (All Dogs), Emily Shanahan (Empath). See below to find a note from Sad13 about the song and video, and watch “<2”.

Slugger is an album which prioritizes self-possession in every sense – was self-produced, recorded and written by Dupuis, mixed by Gabe Wax (Beirut, Wye Oak, Boots) and mastered by Emily Lazar (Sia, HAIM, Sky Ferreira). After Sadie Dupuis moved to Philadelphia in early 2016, Slugger quickly began to take shape. “I wanted to make songs that were the opposite of ‘Genie in A Bottle’ or ‘The Boy Is Mine,'” Sadie Dupuis says of Slugger. “Songs that put affirmative consent at the heart of the subject matter and emphasize friendship among women and try to deescalate the toxic jealousy and ownership that are often centered in romantic pop songs.”

“<2” is about choosing to be glossy AND caustic. It’s about knowing
you’re smart, knowing you’re doused in glitter, and refusing to see
these two bits of self-knowledge as conflicting. My high school rival
was a bigoted Eagle Scout, furiously confounded at the reality that a
girly teen (me!) was his academic superior. Ten years later, as an
adult human who lurks around the “feminine” quadrant of the gender
map, I STILL come up against ignoramuses who conflate feminized
personal style with anti-intellectualism.

Being “in the less than two” is about finding balance between two
selves, exterior and interior. It’s about allowing those selves to
coexist in alliance but not in interdependence—and about loving
yourself in a world that doesn’t want you to. What’s less than two? A
singular person, who is by definition their own number one. Life is
booby-trapped with boring nepotists who mistakenly equate professional
competence with utterly rigid reproductions of masculinity. If you
don’t/won’t/can’t fit that role, self-obsession becomes a radically
necessary preservation tool.

The “<2” video is an homage to YouTube and Instagram MUAs, via a
series of makeup tutorials that become increasingly surreal.
Undergoing several dissimilar cosmetic transformations fit with the
song’s theme of self-determinism, while also celebrating aesthetic
mutability. Plus, we wanted to make me look like a reptilian and glue
a bagel to my head. Some of these looks adhere to conventionally
feminine beauty norms, some embrace masculinity, more often than not
they treat the face as a gender-neutral canvas, letting cosmetics be
Art-for-art’s-sake.