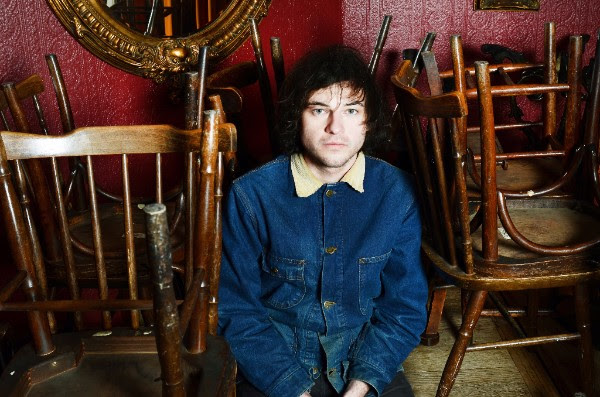 Ryley Walker is pleased to announce his new album, Golden Sings That Have Been Sung, coming out August 19th on Dead Oceans. It’s the triumphant follow up to his breakout album, Primrose Green, which earned critical hosannas from the likes of NPR, Village Voice, Uncut, and Mojo and admiration of musicians who had chalked up no shortage of turntable miles in Walker’s life. Robert Plant declared himself a fan – as did double-bass legend Danny Thompson, with whom Ryley embarked on a British tour.

In November 2015, at the end of a ten-month period which saw Ryley play over 200 shows in support of Primrose Green, Ryley decided that he should probably head home. However you wished to measure it, he was surely due some sort of holiday. Although, a holiday was the last thing on Ryley’s mind – and certainly not a holiday in his adopted hometown.

He went into the studio over the Christmas vacation to record Golden Sings That Have Been Sung whose songs were directly wedded to Ryley’s return to Chicago. Some of his formative musical memories had been shaped by the work of pioneering Chicago acts such as Gastr del Sol and Tortoise. “Jeff Parker was the guitarist with Tortoise, and I used to listen to him a lot,” recalls Ryley, who figured that, for the first time in his career, it might be helpful to enlist the services of a producer. With only one person on his shortlist, once again, all roads led back to Chicago.

Ryley had been a long-time admirer of sometime Wilco multi-instrumentalist LeRoy Bach. Back in 2009, still in his teens, he had frequented the improv nights hosted by Bach at a restaurant/gallery space called Whistler. “For me, it was an incredible opportunity,” recalls Ryley, “…because you would sometimes also have Dan Bitney, the drummer with Tortoise, and I’d get to play with these people. I mean, they were twice my age. I’m sure they thought I was annoying at first, maybe some of them still do, but I kind of looked at them like gurus – and to have these old school Chicago heads taking me in was just amazing.”

For Ryley then, the prospect of having Bach produce his album was something of a no-brainer. “It was everything I wanted it to be,” he enthuses. “I would go to LeRoy’s house every other day with a riff, and we would take it from there.” Perhaps more than any other song on the record, the somnambulant sun-dappled intimacies of opening track and lead single “The Halfwit In Me” most audibly bear the imprint of those Whistler sessions.

Golden Sings That Have Been Sung was made for the dewy magic hour when night and day have yet to meet and, as long as the song is playing, you feel might briefly leave the corporeal world with them. This is the music you might imagine the woodland animals making once the humans have left for the night. This is Ryley Walker’s coming of age.

Ryley will play two record release shows in support of Golden Sings That Have Been Sung at Rough Trade East in London on August 19th and at Empty Bottle in Chicago on August 25th with full U.S. and European tours to follow. A full list of dates is below with more to be announced soon.

GOLDEN SINGS THAT HAVE BEEN SUNG TRACKLIST:
1. The Halfwit In Me
2. A Choir Apart
3. Funny Thing She Said
4. Sullen Mind
5. I Will Ask You Twice
6. The Roundabout
7. The Great And Undecided
8. Age Old Tale