Royal Canoe debut “Walk Out On The Water” 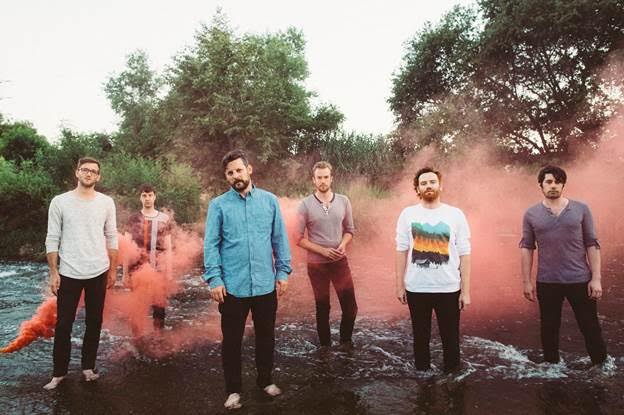 Royal Canoe, have premiered their new video for “Walk Out On The Water”, from their latest album, Something Got Lost Between Here And The Orbit. The video follows the transformation of a young boy from marooned orphan to broadway star in his quest for water as he dances through the desert.

“We worked with director Dan Huiting and choreographer Kaja Irwin to create something that really focuses on the defiance of the character,” says Matt Peters. “The dance is his way of making a game out of the journey – coping with his plight by feigning confidence and bravado.” The video itself was shot in Manitoba’s Spirit Sands desert and Birds Hill Park, which Peters says “sounds far-fetched, but there is actually a desert in Manitoba. I think everyone involved in the shoot felt an affinity with the character as we dragged film equipment across the dunes under ridiculous heat and fought against time. As per usual so many amazing people donated so much time, energy and old skateboards so we could pull off another one of these things.”

“Music video directors like myself get sent a lot of songs, so it’s easy to get a little bit nonchalant about listening to everything, just from the sheer volume that comes my way,” says director Dan Huiting. “I listened to this song with the same standard insouciance, but after about a minute in I had to stop and pay attention. This is a good song. A really good song. ‘Ok, you’ve got my attention you, Canadian fuckers.’”

“The band laid out an idea about a boy in a post-apocalyptic desert land, which made me instantly think of Luke Skywalker’s plight on Tatooine. The guys also told me about a desert in Manitoba. I know, I know, I had a hard time believing it, too. But it’s there. From the story, to the execution, all the way through the editing process, these guys were present for everything and gave everything they had to make it happen. I really respect that. This video was a true collaboration, in every sense of the word.”

Royal Canoe just returned home this week from a lengthy run of North American tour dates, which was not without incident. The band had it’s entire trailer packed full of instrument, gear, merchandise, and their own clothes stolen from a hotel parking lot just outside Montreal. Given the disaster, the band was able to rally in three short days by renting, borrowing, or purchasing everything they needed to continue their tour. While much of the loss was covered by insurance, the band released an EP of B-Sides from their latest album, Something Got Lost Between Here And The Orbit, to try and recoup some of the loses. The Agassiz EP, so-named after the trailer which was stolen.

With a North American tour completed, the band are turning their attention to another project which might seem quite of out the ordinary. Together with Tom Keenan, Royal Canoe has written and arranged new music which will be performed live as the backdrop to a contemporary production of Shakespeare’s Richard II titled “Am I Not King?”. The staging is the brainchild of director Christopher Brauer and will run from December 14-18 at the West End Cultural Centre in Winnipeg. 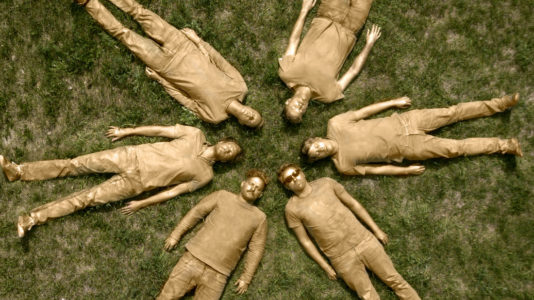