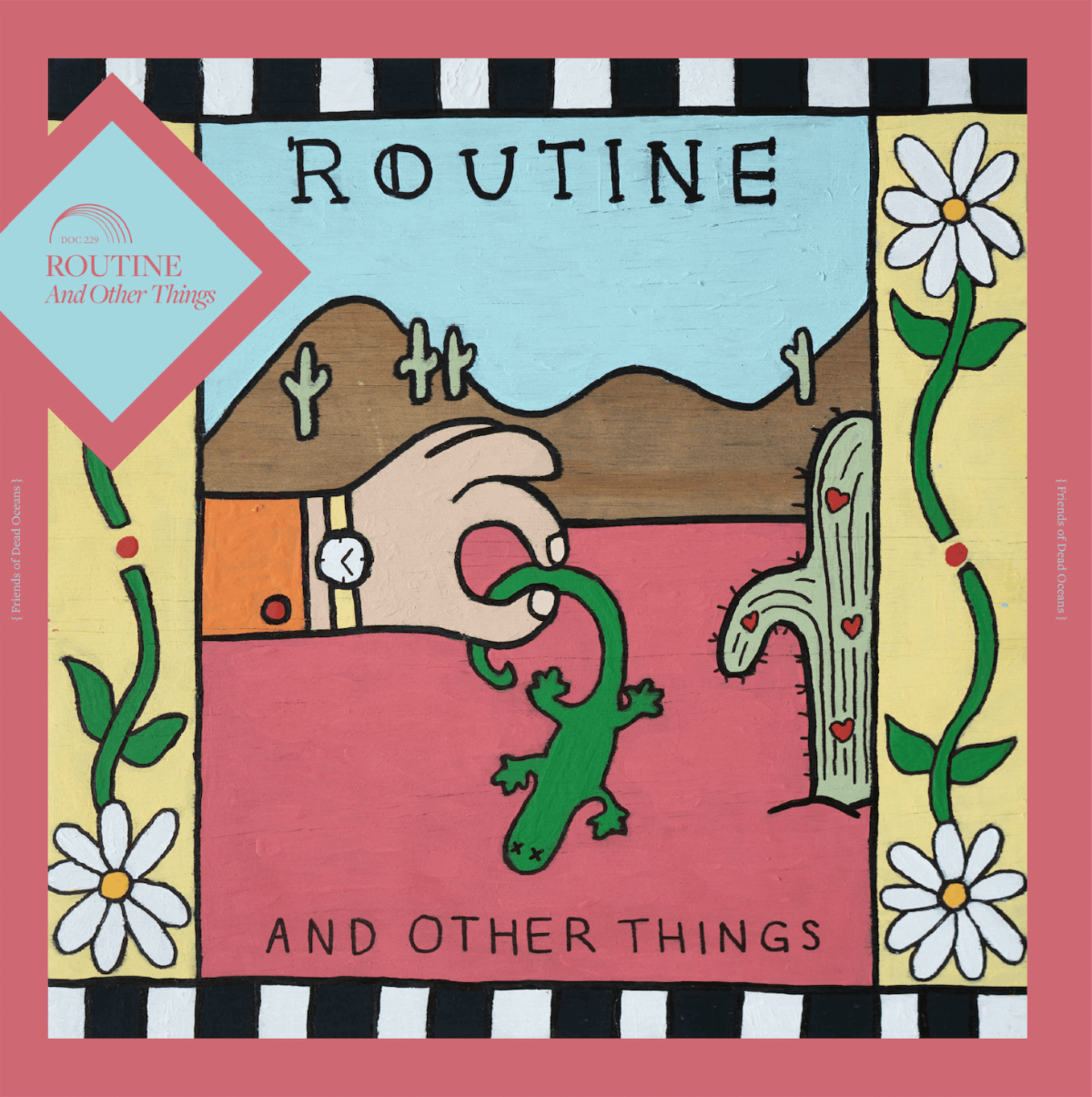 Annie Truscott and Meli Duterte recently announced a new collaborative project entitled Routine. The duo will release their debut EP \, on November 20th via Friends Of / Dead Oceans. Written and recorded over the course of a month in Joshua Tree during the COVID-19 lockdown, And Other Things finds the couple trying on new roles. Truscott, who plays bass in Chastity Belt, wrote the bulk of the material and sings on the EP, while Duterte, Jay Som bandleader used the project as an opportunity to, in her words, “take the backseat,” as accompanist, producer, and engineer.

Routine’s debut single and the first song of the forthcoming EP is “Cady Road,” a contemplative, country-tinged pop song that urges listeners to sit in the discomfort of the present moment. “Relax/ It’s fine/ You don’t have to know this time,” Truscott sings on the chorus, reflecting on the unsuredness that gripped her, and most of us, in those early days of the pandemic. Duterte joins in harmony, giving a song about being alone with your thoughts a collaborative dimension. “In Annie’s songs I hear a yearning for something just out of reach, something unachievable,” Duterte says. “She’s such a great singer, so it felt good to just layer instruments to make her vision for it feel fully fleshed out.”

“I think of And Other Things as a series of vignettes,” Truscott says. “We aren’t telling one story here, we’re telling a series of short stories that people can hopefully relate to.” Asked how it feels to offer the EP up to the world during a time of major uncertainty in the music industry, Truscott offers only one word: “Cathartic.”