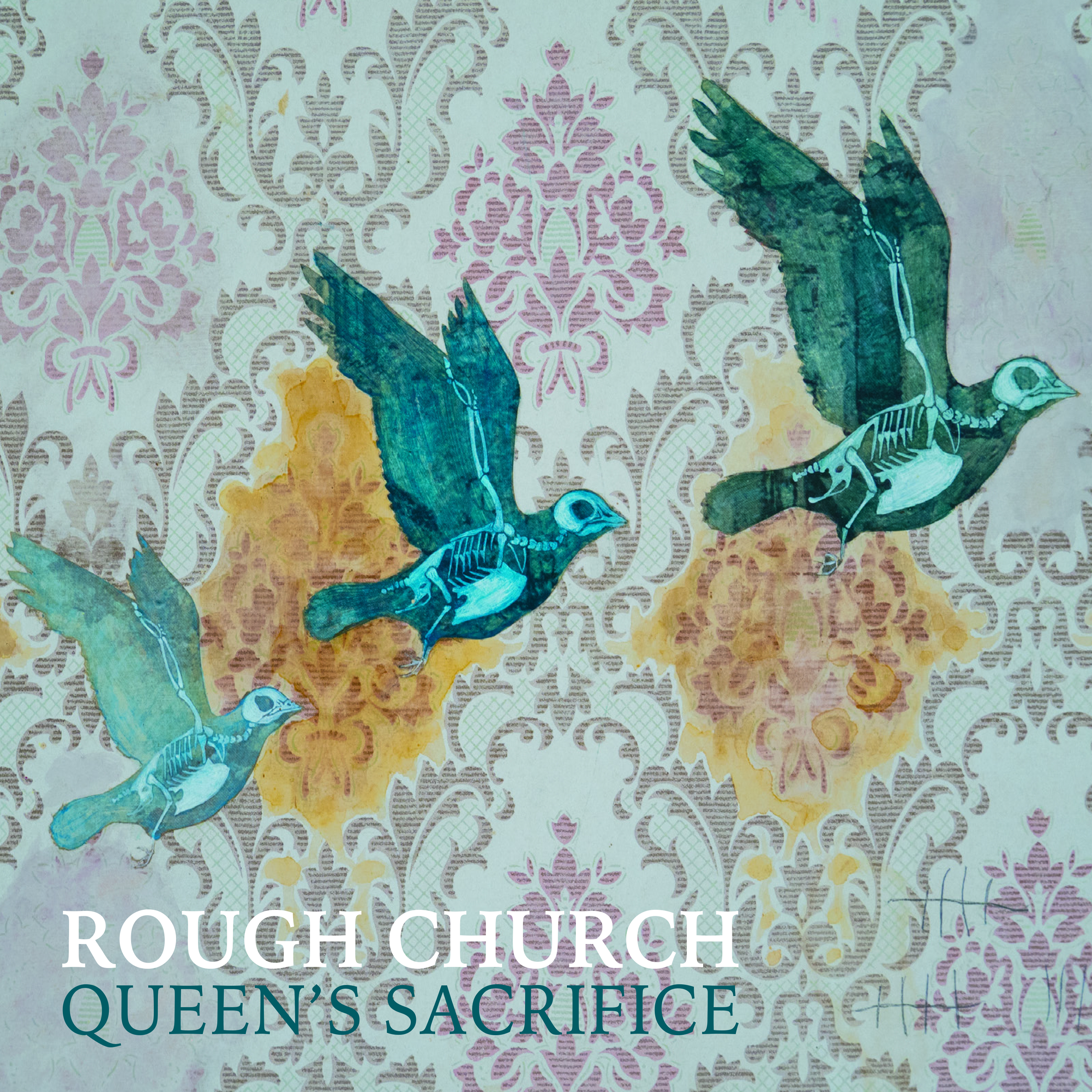 Started in 2005 by LA scene stalwart Greg Franco, Rough Church has carried on the lyrical tradition of such artists as Bob Dylan and Neil Young and the sonic tradition of artists such as Nick Cave, the Pixies, the Clean and the Flying Nun sound. Though the band has embraced a certain DIY ethic developed from years of playing within the LA indie scene since the eighties, they’ve been signed to New Zealand’s Powertool Records since 2006. They have also release their music stateside under their own imprint Beautiful Workhorse Records. Since forming, the band has hit the road frequently including 4 tours of New Zealand and 2 of Australia. Rough Church has released five albums with a sixth, Queens Sacrifice, released yesterday. They’ve also released the singles that featured David Kilgour and Robert Scott, both of The Clean, White Dove Of The Desert, and Missed Calls. The band is comprised of Greg Franco, formerly of Ferdinand, Alfredo Ortiz (whose played with the Beastie Boys and Gogol Bordello), Carey Fosse (with Wayne Kramer of MC5), Dante Pascuzzo (with Ozomatli), J.L. Esquivel, Kaitlin Wolfberg (played with Moby and That Dog), and Tracy Hill.

A note from the band:

Queen’s Sacrifice is a chess reference. A fake out move. While you think we just lost the game, by taking the Queen, its just seven moves to us getting checkmate. We live in an incredible and trying times. Rough Church is a collective of supremely talented musicians, our family staff is busy getting it done worldwide with other top notch bands. Seems like a lose for RC, but it’s not at all. Fredo for instance is a kit provider for Gogol Bordello, Kaitlin has been moonlighting with Moby on her many pedals electric violin, Dante our bassist, and our essential songwriter could be in Australia with Ozomatli. Carey Fosse, doing his guitar focused layers, playing in his various local avant jazz projects. My job as main motivator, cat herder in chief, lyricist, singer and Co writer with these super talents is to craft killer rock indie pop, keeping in mind how busy everyone is, and when I get the band in the studio, we have to get basic tracks done as fast as possible, I’m aware of top artistic intent. We have to commit to only the best songs. All praise has to go to producers Manny Nieto, Andrew Bush and Richard Bosworth, as well. Because of scheduling constraints we can’t have any false moves. Like Chess! Few moves is the key, only the well considered songs We are modeling really old school bands. My idea was to write tons of demos, but only record a few songs for this record, vinyl constraints keeps you honest. Steely Dan, “Aja” not a long record. Maybe eight songs? and 40 min. But 40 years later, we are still there listening, still awash in its glory, under the headphones, or pounding the dashboard of our cars, Fat and warm tracks to make us giddy with excitment. Each song a musical gemstone, a touchstone. Queen’s Sacrifice, and Triumph! Game over, another win for Rough Church. Flip side two over, back to the top.