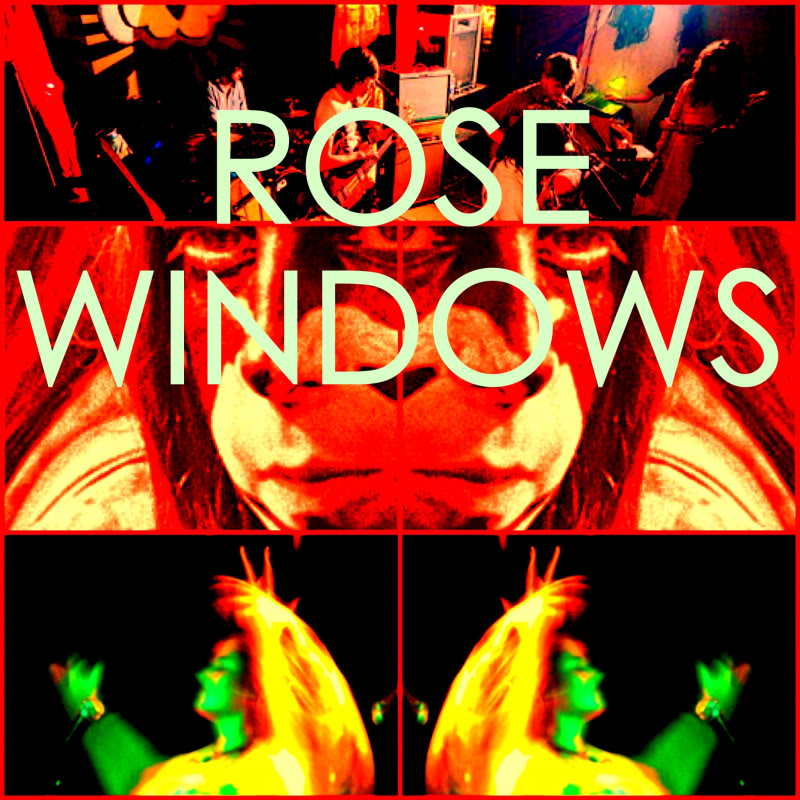 The genesis of Rose Windows started Fall 2010 in a house in Seattle’s Central District, where Chris Cheveyo found himself tiring of the limited palette of his prior heavy post-rock project. Though interested in new sonic possibilities, he was turned off by experimental music’s lazy reliance on “knob-turning.” His explorations became less about possibilities associated with new technology and more about studying various avenues of the past. The project began with a few rough demos done alone at home and slowly began to take shape as the band amassed members. Bandmates were mainly musician friends who wandered through the house. Rabia Shaheen Qazi’s enchanting and exotic voice was the first component added to the fray. Roommate David Davila was asked to play piano and organ. Former bandmates Nils Petersen and Pat Schowe were enlisted for electric guitar and drums. Frequent house guests Richie Rekow and Veronica Dye were brought on board for bass and flute. Rose Windows began playing out, fluidly sharing the stage with underground art-metal bands one night and popular indie Americana acts the next

Rose Windows are hitting the road in the beginning of March with performances at this year’s SXSW Music Festival in Austin, TX. The band also have a handful of confirmed late spring dates, including May 25 in George, WA for the Sasquatch Music Festival. See below for a full list.