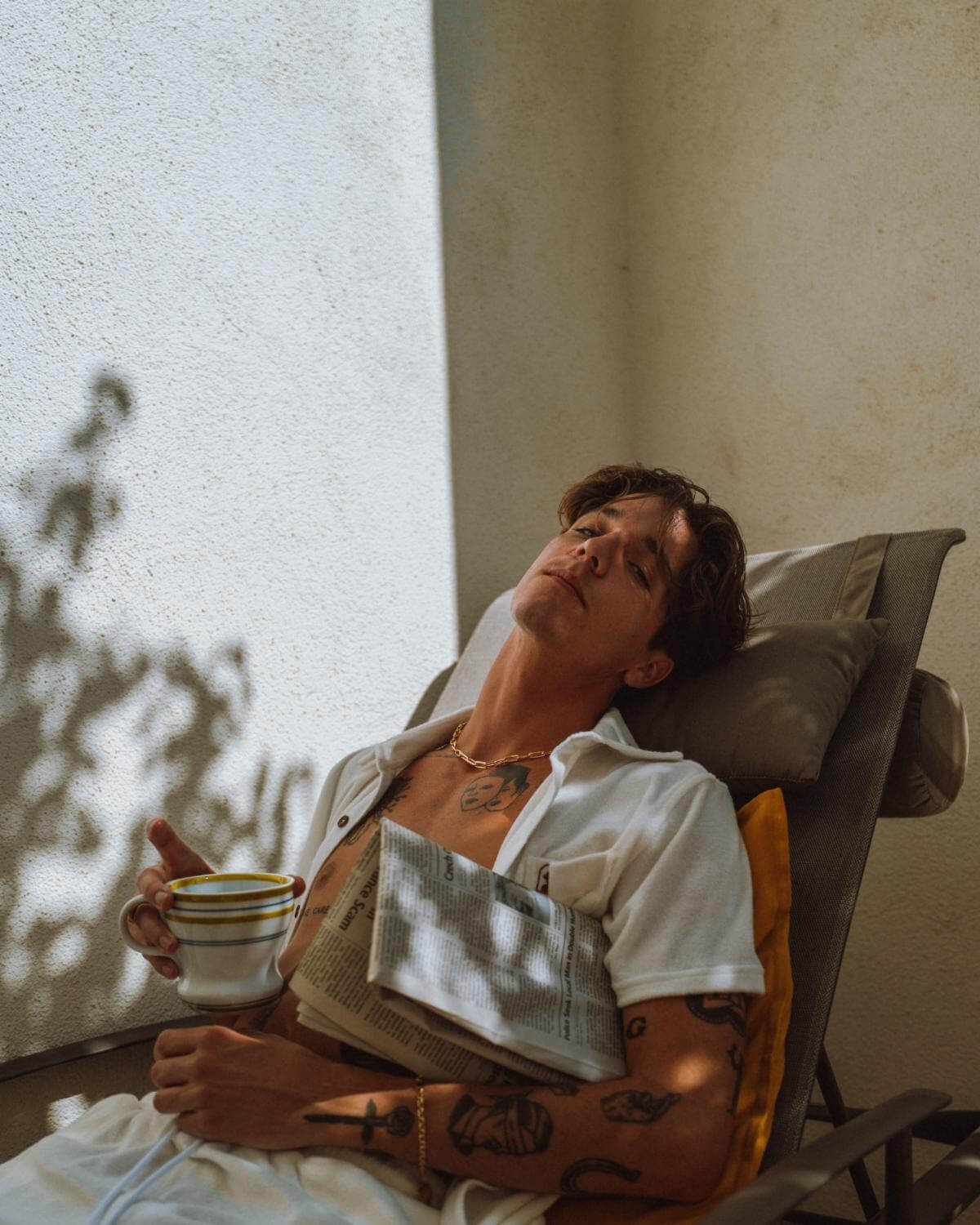 Tucker Pillsbury AKA: ROLE MODEL has shared his new EP our little angel via Interscope Records. The project is the follow-up to last year’s oh, how perfect EP. Listen to our little angel, see EP details below and stay tuned for more from ROLE MODEL coming soon.

“This EP sort of stemmed from the day I wrote and recorded “alive.” That song felt like a middle finger to everything I have been through, sort of like a rebirth. After recording that song I wanted to keep that feeling throughout, and there is this underlying tone of confidence in myself and embracing flaws. I’ve accepted that this world is fucked, I’ve accepted that my brain doesn’t work the way it’s supposed to, I’ve accepted that I’m not perfect. So, in a way, nothing has changed, I’ve just learned to accept the imperfections, and I can only hope it will help others do the same.”

ROLE MODEL creates a hybrid of hip-hop, pop, combined with his own personality flaws, cracks, and imperfections. Born and raised in Portland, ME, music would initially be the furthest thing from Tucker’s mind. Instead, he “grew up outdoors.” He skied with his dad and brother every weekend and eventually transitioned to shooting skiing videos and skating videos. Watching and creating skateboarding videos ultimately inspired him to pursue film at this early stage.

Attending film school in Pittsburgh, he “immediately kind of hated it” though.

“It just wasn’t for me,” he admits. “I had these two friends during freshman year who recorded themselves and rapped. I’d never seen anything like it, but I was super interested. They brought everything over to my dorm room, and we made all of these songs like a joke one night. They left Logic on my computer. I started watching YouTube tutorials and learning everything I could. Music was not in the plan whatsoever, but I fell in love with it. I love to write, so this was a new way of writing for me.”