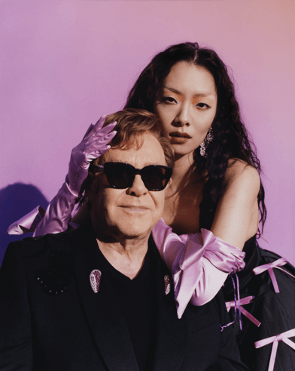 The powerful ballad explores the concept of a chosen family through a queer lens – highlighting the many members of the LGBTQ+ community who have been ostracized by their family, friends or community after coming out, to find love and comfort in their new ‘chosen’ family.

Speaking on the track and Elton’s involvement, Rina says: “It was such a joy and honor to rework ‘Chosen Family’ with the legendary Elton John. The song means so much to both of us, and recording it together was such a special experience I will never forget. I got shivers when I heard his voice through the monitor and became emotional when he added the piano parts. Elton has been such a huge supporter from before the album, and when we finally met to record this song we clicked from the get go. I hope people can hear the magic!”