10 months ago
Words by Gregory Adams 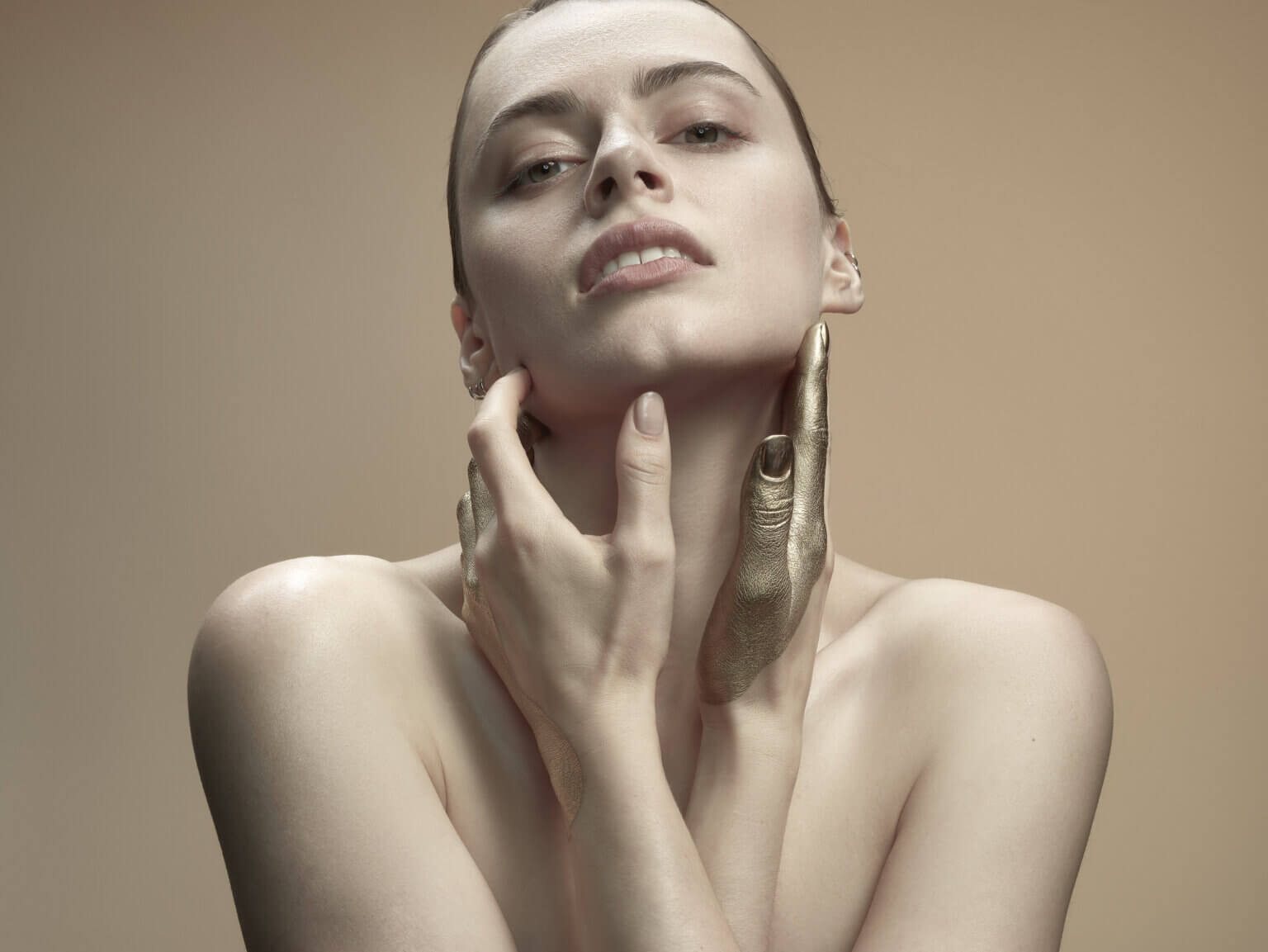 “Florence and Selena,” the second single from Los Angeles synth-pop artist’s Riki’s forthcoming Gold, was built to make you move. Take how, in its music video, guest saxophonist Curtis Crump Jr. (subbing in for album player Charles Gorzinsky) sways sensually to the tune’s irresistible, Quiet Storm-style groove beneath a pale moonlight. It likewise has Riki running through a series of evocative movements as she croons of girls whom “dance away the night.” Perhaps more abstractly, an Adriatic blue, ‘70s-era Porsche 914 carves the exquisite curvature of the Hollywood Hills, with Riki behind the wheel.

Earlier in her career, Riki had talked up her solo work as tapping into “a rhythm universal.” Gold continues that propulsive drive, whether quaking through a Hi-NRG, Bananarama-like boom (“Oil and Metal”), decadently swerved dub (“It’s No Secret”), or ‘80s-evoking slow jams. While Riki offers to Northern Transmissions that most of the choreography in the “Florence and Selena” video was “instinctual,” she’d experimented with a formal fluidity in her youth.

“As a tiny kid, I did ballet—I think a lot of little girls take a couple classes. I also studied somatic practices, like Alexander technique or Feldenkrais— these movement-therapy practices,” the artist explains. “The powerful thing about music to me is, yes, it’s cerebral, but it also makes you want to move and sway. It gives you these feelings of motion. To experience things physically… it’s certainly how I feel the strongest reactions to music. Dance is huge.”

Speaking with Northern Transmissions, Riki further delved into the rhythmic elegance of her new Gold record.

This interview has been edited and condensed for flow.

Northern Transmissions: The video for “Florence and Selena” naturally showcases this new music and yourself as an artist, but there’s perhaps another star in the video, in that you’re cruising through the Hollywood Hills in your Porsche, which you’ve named Porkchop.

Riki: It wasn’t my original intention for the video to be, “Hey, check out my car, everyone!” but I’d told the filmmaker [Travis Waddell] about my car and he was like, “Oh, we’ve gotta have that in there.” I think it works really well! It goes with that kind of L.A. Noir thing. And in my day to day, [the car] brings me a lot of joy. I really love driving it around.

NT: Since it’s vintage, how did you come across the Porsche?

R: I found that car in a really interesting way. The man who owned it had it for its whole life. He was kind of in his last days, so he was trying to find someone special to sell the car to. I happened upon it, and he sold it to me; he ended up passing away during our sale. It was very important to him; his family told me that this was his baby. In a way, it’s a real legacy car. He was a really big character and really well known in Santa Barbara. If I drive that car in Santa Barbara, people say, “Oh, that’s Conrad’s car!” It’s just very powerful.

It’s super rare to find one that’s not all chopped up. People work on them— a lot of them have their engines switched out with Mitsubishi engines. They’re great handling cars; they’re a lot of fun. Some people refer to them as a poor man’s Porsche—which is like ok, whatever—but they’re at a reasonable price range that normal people can afford.

NT: If yours hasn’t been chopped up, how’s the original sound system? Did you ever test out the songs on a ride while you were making the record?

R: I did, actually. It’s funny; the sound system sounds like a tiny little tweeter radio. When I was demoing these songs, I did definitely drive around with this crunchy little thing. In particular, one of the songs I really did that with was the song was “Last Summer”. It’s such a melancholy song, and embodies that mood.

I’m so lucky to live in this place close to the Hollywood Hills, and be able to drive around them. There’s definitely a magic to the Hills; there’s a magic to the legend of the Hollywood. It’s real! When I was playing that song in the car, driving around the hills, it was like, ‘this is really happening!”

NT: Gold can be such a loaded term. It can be associated with the finer things, as well as, perhaps, something gaudy. What does gold mean to you, within the scope of this album?

R: Gold is representative of something that everyone wants, right? There’s an aspect [to both] the gaudiness and the luxury of it, something that you would want to hold onto. For the album, I named the A-side “Take It” and the B-side “Let It Go”. It’s about the songs—there’s something within the concept of each song that’s a precious thing. In all, it’s a very melancholic album because there’s something [there] that’s not quite tangible. That’s, you know, music in general. It’s a feeling that’s fleeting.

Taking it in and letting it go, there’s a kind of balance there. I mean, if we’re talking about gold in [terms of wealth], a lot of people don’t let it go. Our world would be way different if there were less people holding on. That would be a healthy practice.

NT: Looking at the two sides of Gold in terms of “Taking It” and “Letting It Go”, there is this deep sense of want and desire within the lyrics to early songs like ”Marigold” or “Oil and Metal”…

R: That’s an accurate read. “Oil and Metal” is very sexual; “Marigold” is romantic—lovers who see no wrong in each other. Both of those are archetypal, straightforward desire—and [about] experiencing it wholly.

NT: What is going on with the phone call you hear in the background of “Oil and Metal”?

R: I just thought it would be cool to have a phone call in there and give a voice to the object of desire within that song. I’d actually had a friend make the phone calls. “Ok, say all these [things that] in a normal conversation would be like, ‘ooh…this could be embarrassing.’”

NT: Gold builds off what you’d done with your self-titled album, but it also branches off into these other directions like Quiet Storm R&B on “Florence and Selena,” or this cavernous dub-style on “It’s No Secret.” What was it like putting these sessions together?

R: It was an open and free way of recording. The producer on this record, Josh [Eustis, aka Telefon Tel Aviv], and I have a lot of overlapping musical [interests]. We had an understanding there, and we also just got along great. So there was no setting out in the beginning to be like, “Ok, we’re going to make it a dance record, super ‘80s revival,” or anything like that. It was really listening to the songs and having an open mind of what they could turn into. It was cool, because some of the songs turned out very different than the demos, and the demos sounded different than the demos for the first record. But more or less I was using the same toolbox: heavy drums; dancey stuff; super melodic things. I definitely wanted to bring in more acoustic instruments, and more dynamic instrumentation. I think that was achieved.

NT: On that point, saxophones pop up a couple of times on the album, in particular on “Florence and Selena.” There’s something intrinsically sensual about the sound of a saxophone. How did you come across the saxophonist, Charles Gorzinsky?

R: Charles is one of Josh’s connections—he works with him on other projects. But with the saxophone, I agree with you. There’s something about hearing [a saxophonist’s] actual breath that’s very sensual. You feel close to a living being as you’re hearing it.

NT: Another definite mood setter is the sound of a fretless bass, which also pops on “Florence and Selena.” I’d read that you grew up playing cello. Those are obviously two different instruments, but are you generally drawn to that sliding kind of string sound?

R: I just love the sound of a fretless bass. It makes me go all wobbly, and it always has. I’ve actually played fretless since I was a kid, as well as cello. I played upright bass in orchestras. I think the reason I did that was because I love that sound. A guitar with frets sounds, in some way, regulated. Fretless is all over the place. It’s organic; you really feel like it’s alive. It’s a living extension of someone’s hand.

NT: Are you playing the fretless on this album?

R: I do, but most of the bass and all of the guitar on this album is Josh.

NT: Can we get into your cover of Jeanette’s “Porque Te Vas”? How did you first come across the song?

R: It’s something I’ve heard since I was a kid, something that my mom would play. It’s a beloved song. I’m aware that a ton of the world knows this song, but in the States, in particular, people don’t. I wanted to put a cover on this album, and that one just felt like I could sing it genuinely….[and] I relate to the strong message of that song.

NT: “Porque Te Vas” arguably plays into that idea of letting go that you had said you wanted to convey on the second half of this record. Is that fair?

R: It’s a break-up song at its most heartbreaking. It’s about letting go, totally.

NT: Since you’d grown up with the song, was it intimidating at all to take on something that’s so personally beloved?

R: Yes, there’s an element of wanting to honour that. There was also the language aspect—I’m not a fluent Spanish speaker. But no, it just happened organically when I was demoing it. It sounded like it made sense [coming from me].

NT: You had also sung in German on the first album’s “Strohmann”. Are there any other languages you have in the tank that you might use in the future?

R: I’m definitely not opposed to it. I have some background [in those languages]: I studied German; my family’s a Spanish-speaking family. I’m not standing in the dark with those languages. However, after I released “Strohmann” and “Böse Lügen” I realized I had written both those songs without checking in with any native speakers. Someone said something like, “this song is great, but [your command of] the German language is so bad.” It got me thinking maybe I should hold off on writing those kinds of songs. But, you know…who cares [laughs].

Riki’s Gold is out November 26 through Dais Records.