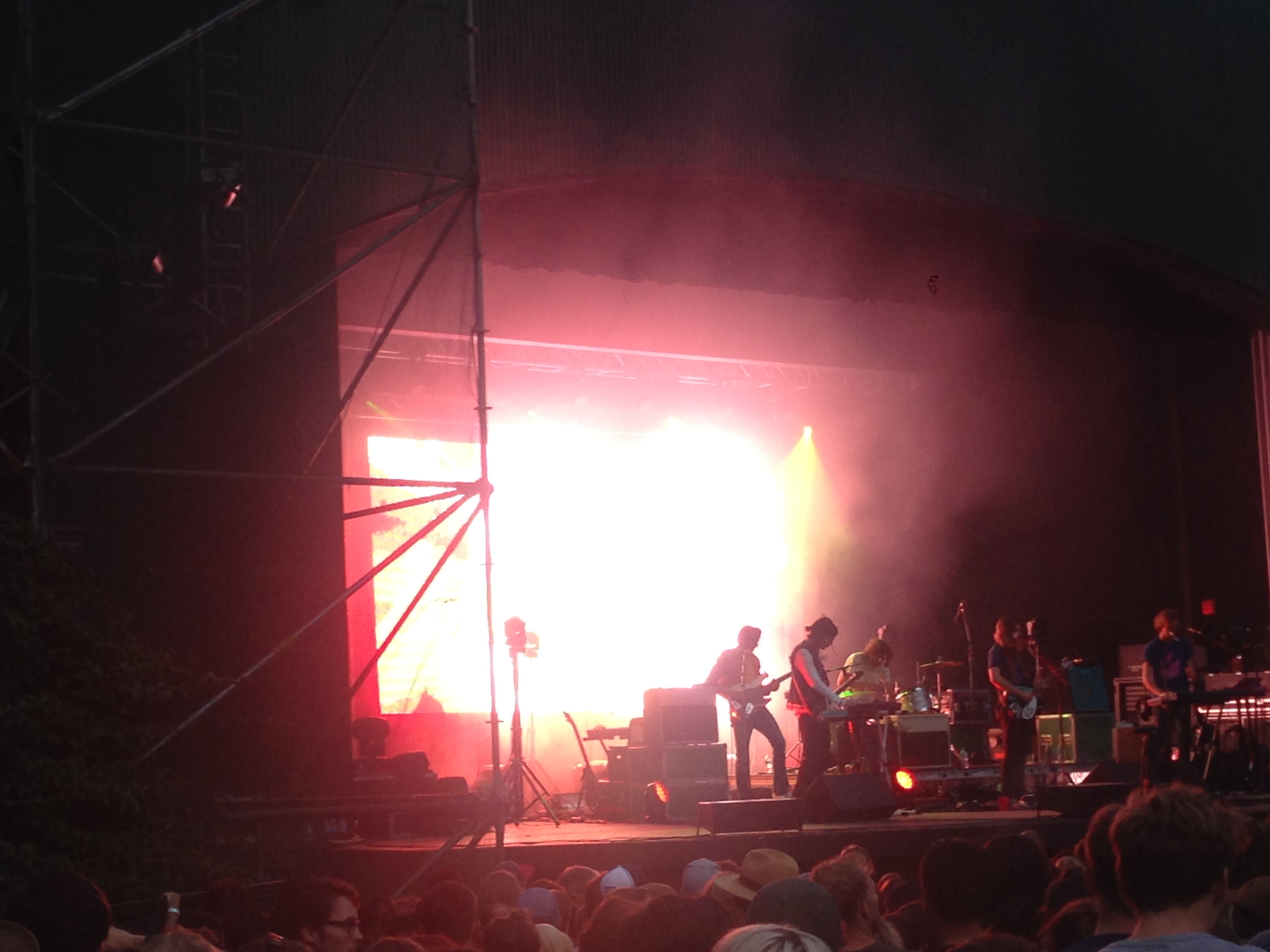 On June 26th, Vancouver welcomed Tame Impala to the picturesque Malkin Bowl, the last in a series of sold out shows at the venue featuring acts that had played the previous weekend at Sasquatch! Festival. The crowd slowly made their way into the outdoor amphitheatre as openers Kuroma took the stage. The group, led by Hank Sullivant, tore through a half hour set of concise, Elephant 6-esque pop songs. Sullivant is best known as a touring member of MGMT, and earlier, as a member of The Whigs. While the audience members that arrived early enough to watch were receptive, the venue was noticeably thin until Kuroma left the stage.

Tame Impala quickly transformed from mid-level bar band to sold out 1000+ capacity venues in an incredibly short amount of time, and have maintained critical acclaim over the course of their three albums. The audience was abuzz, and as this was a sold out show, stragglers outside the venue could be seen climbing the giant trees that line the outside of the Malkin Bowl’s outdoor space, perched dangerously in the upper branches to try and get a view of the performance. After their lab-coat clad road crew finished tinkering with instruments and lights, Tame Impala took to the stage for a set that focused heavily on tracks from Lonerism and the yet-to-be-released Currents. After a mixed bag of songs from the forthcoming LP that included “Let It Happen” and “Eventually”, the group transitioned into Lonerism’s best known single “Elephant”. The song received the largest audience response of the night.

Just as notable as the songs played were the ones left out – in particular, some of the heavyweights from their debut Innerspeaker, with “Solitude is Bliss”, “Desire Be, Desire Go” and “Lucidity” notably absent from the setlist. In their place, die-hard fans were treated to some of the less popular tracks from the album (“It Is Not Meant to Be” and “Why Won’t You Make Up Your Mind?”). As the sun faded into the distance, Parker and co. jumped into “Be Above It”, the opening song off their sophomore album, soon after ending the night with an encore that featured Lonerism’s “Feels Like We Only Go Backwards”.