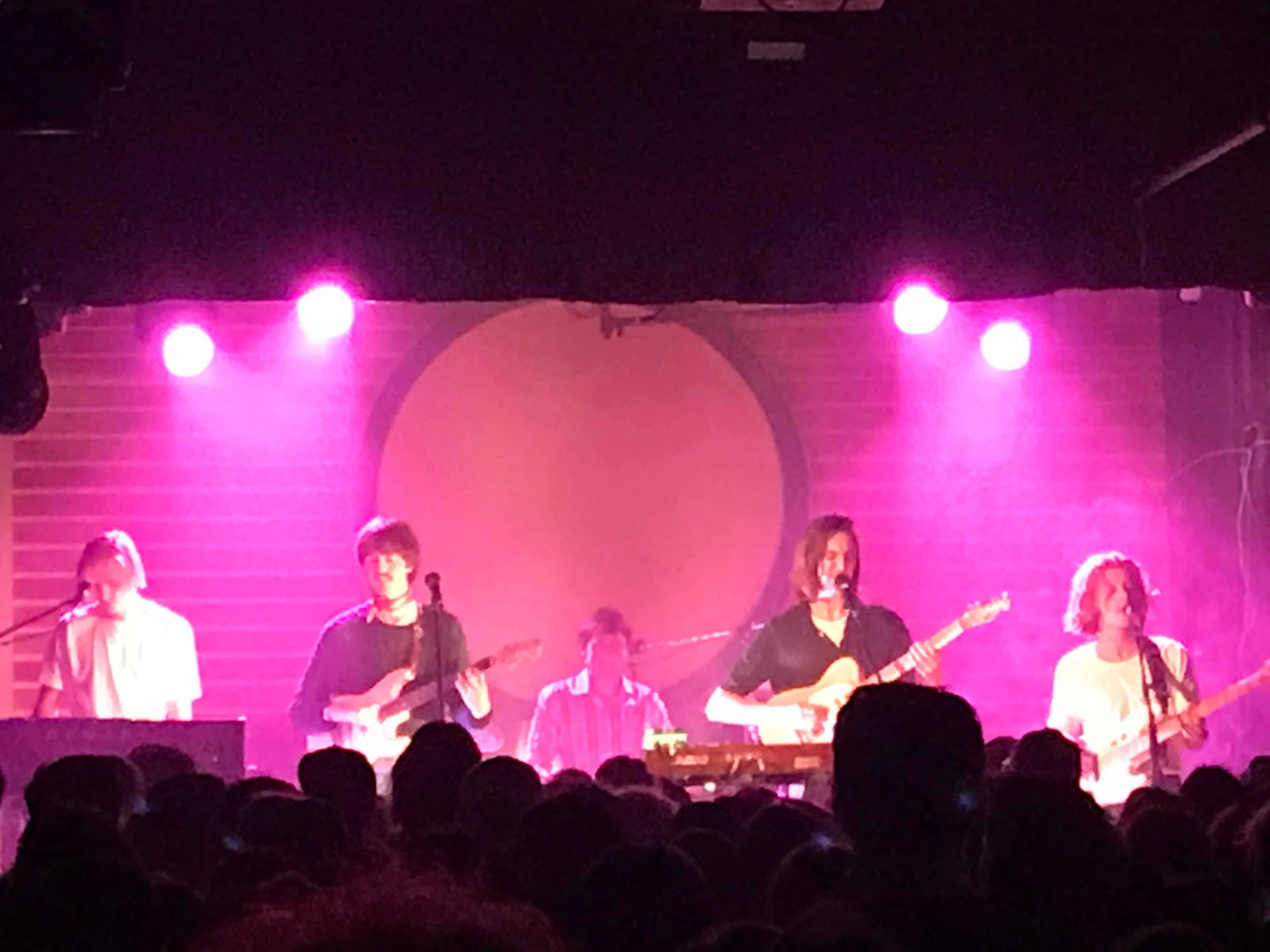 Parcels first came to prominence when Daft Punk discovered them in a sweaty packed basement club in Paris, in early 2016. Three years on and their stock has continually risen. The Australian five piece, based in Berlin, arrived in Vancouver on the back of nine sold out gigs. Vancouver being city number ten of a 37 city tour of Europe and the Americas.

Fortune Sound Club, is a lively dance club at weekends, with an open brick interior, swanky bar and lounge area at the back. With a capacity of only 400 people, it’s not big, but it was totally sold out and packed to the rafters with people who knew that they were about to be a part of something special.

The band, sadly not dressed in air pilot uniforms, as portrayed on the cover of their new debut album, looked like a cross between surfer dudes, hipsters and 80’s new romantics.

Vancouver is not known for its lively Tuesday night audiences, but tonight was no ordinary Vancouver audience. The dance floor was bustling with mostly young and hip movers and a scattering of older music aficionados. I can’t remember the last time I saw a crowd this enthusiastic and excited on a school night. All five members of the band loved it. The on stage smiles were visible throughout.

Starting with the opening tracks from their eponymous debut album, Comedown eased the crowd into the evening, then the disco hit Lightenup turned the dancefloor into a sea of moving bodies. For a band so heavily influenced by 70’s disco and 80’s electro pop, they sound modern and relevant, if not groundbreaking. The band were fluid, but tight. During Tieduprightnow, the lyrics were sung back at the stage by the joyous crowd at such a volume that it was difficult to hear the vocals.

Song after song Parcels had the audience in the palm of their hand. Everyone knew every lyric, everyone loved every tune, and even people at the back in the lounge area were dancing. It wasn’t just the songs which entertained, there was a fair amount of showmanship on stage too. At one point, there was some old transistor radio antenna fiddling going on, with white noise effects, and even a few synced up dance moves.

The venue may have been small, but the love was huge and it felt like the band were riding on the crest of a wave that is only going to grow and grow. This is surely the last tour you will be able to see them at such an intimate venue.

The gig closed with Overnight, Iknowhowifeel and Comedown Reprise. During the latter the band left the stage one member at a time, to much applause. Each Parcel left with a huge smile on their face, as did each audience member.