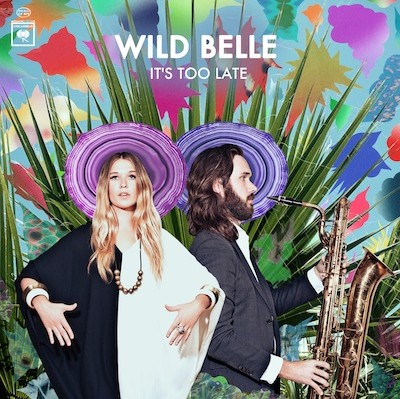 Beach ready pop tunes with undercurrents of reggae is how Wild Belle are described, to some this might be like the equivalent of musical holy water splashed across a demons face but in fact sibling duo Natalie and Elliot Bergman make a pleasing laid back groove built around stunted, skankin’ riffs, the occasional saxophone parp and robust, taut beats. The twosome’s debut record Isles, finds Natalie on vocal duties with a voice somewhere between Santigold and Adele, and brother Elliot deals with the instrumentation including those omnipresent brass forays.

On paper it’s the musical side of Wild Belle that should raise eyebrows, but it’s lyrically that the Chicago based band come unstuck. All but two songs are about crap relationships and how that particular suitor has mistreated our protagonists. Even though sonically Isles is all laid back vibes, it would seem the Bergman’s have been seriously burned when it comes to affairs of the heart. With eighty percent of the record in this vein, we’ll skim the top of the wordplay for examples when it comes to doomed love. ‘Another Girl’ leads the pack with the wayward line “I’m just another one of your experimentations”, equally ‘Happy Home’ hardly tells the story of a content relationship, “I want to flee but I don’t know how” muses Natalie. Jazzy rhythms wrap themselves around the stark words throughout ‘Backslider’, “I would rather die than live with you in this life” and “even in your arms I’m alone” sound like the moments from a stagnant relationship. Isles is a one sided voyage when it comes to lyrical themes and something that makes Wild Belle’s debut record a document of limited depth.

There are two moments of actual love on Isles, one of these being ‘Shine’ with Natalie joyfully proclaiming “I’ve got a lover/he puts the shine in the sun” making for a slice of summery respite when compared to the woes of tormented love affairs. The album comes to a close with ‘Take Me Away’ which sounds like Natalie on the look out to move on with her love life…perhaps the aftermath will form album number two?