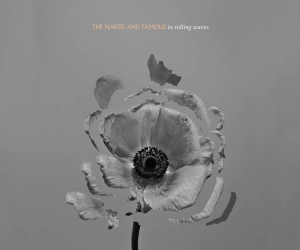 The Naked and Famous

Back in 2010 when New Zealand natives The Naked and Famous dropped their debut record, Passive Me, Aggressive You, the Kiwi’s illustrated their assured knack at carving out surefire pop brilliance, ‘Young Blood’ in particular scored the first homegrown number one in the New Zealand charts for three years. What TNAF demonstrated with their first outing was a three dimensional attack, one being anthemic pop (‘Young Blood’, ‘Punching in a Dream’), the other slant garnering a celestial electronic tinge (‘No Way’, ‘The Sun’) and finally, visceral, guitar driven aggression (‘Spank’, ‘A Wolf in Geek’s Clothing’). After touring the world and decamping to LA, the five piece are due to follow up their success with sophomore LP, In Rolling Waves.

The band’s synth obsession continues in abundance with comeback single ‘Hearts Like Ours’ firing the band back in true electronic cloaked style. If there’s one thing TNAF do with finesse, its forge an anthemic, arms aloft chorus that can provoke sing-a-longs from Auckland to Anaheim. The track’s wash of swelling waves of digital noise coupled with the delicate, yet assured coos from Alisa Xayalith recounting life’s tumultuous struggles – “climbing up the walls with you” and “half awake and almost dead” continuing the crushing lows juxtaposed with the giddy aural highs from the group’s debut. In Rolling Waves is where TNAF have stridden bravely into a more electronic lead direction, ushering in more space and a sense of calm, sonically at least. Lyrically, the fivesome still echo sentiments of not being at ease with the world, be it either the wider world or their own niche. ‘To Move With Purpose’ paints the planet in turmoil, millions of disenchanted individuals at odds with one another, all draped in Blade Runner style retro-futuristic electronic haze. ‘Grow Old’ the album’s synth odyssey reigns in the struggle for a more intimate confessional, as fellow vocalist/guitarist Thom Powers’ mutters “I’m sorry to explain how you fucked it up again”, while ‘The Mess’ is a warts and all reenactment of love’s failings, “How do we heal when we’re on the decline?” and “nothing’s left in this place but a reason to leave” find’s Powers and Xayalith trading relationship blows like battle weary heartfelt combatants.

In Rolling Waves drops the three dimensional approach that TNAF favoured on their primary output, with the brutal riffage disappointingly absent from the band’s latest work. The two previously stated tracks added a razor sharp edge to the outfit’s debut and where you wouldn’t want the band to repeat earlier steps; you can’t help but wonder if a snarling rock monster would add a diverse layer to the synth inspired pop on offer here. Nevertheless, where guitars don’t growl like angry beasts on In Rolling Waves, TNAF have been busy twisting and contorting their array of gadgetry making for a sophisticated pop aesthetic. ‘Waltz’ cuts an ambient figure, in an almost Radiohead vibe, thanks to its eerie layers of noise and static hums. Plus the album’s title track comes off like NIN sans the abrasive tendencies that makes Trent Reznor’s project so harsh. Equally, the tense ‘We Are Leaving’ hints at the group building to a rock fuelled crescendo but sadly the guitars remain tethered meaning the ensuing storm passes without causing much damage.

Certainly more passive than the album’s debut, In Rolling Waves misses an aggressive trick in the sonics department but the dearth of devastating fretwork won’t hamper TNAF’s pop ascendance to music’s big leagues.