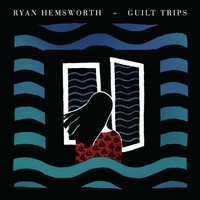 With the success of Thor and Hunger Games, Hemsworth is now a household name, but Ryan (no relation to Chris or Liam) has slowly been making a name for himself as a DJ remix artist. Any successful producer, which Hemsworth also has a hand in, always has a good ear for music in a variety of genres. This is what has allowed Hemsworth to quickly gain a reputation that he can jump in and have a fresh take on a multitude of remixes and songs with a variety of artists. So when it comes to his debut solo album, it’s no surprise that it also is an eclectic mix of electronica, chillwave, hip-hop, R&B that also includes the help of a variety of guest vocals.

Guilt Trips is an album which shows great promise for Hemsworth as an artist, but probably speaks more to his work as a producer. It ultimately makes the album a little too diverse to be really outstanding, but certainly one that lends just more credibility to this Hemsworth in the music industry.

Sinead Harnett is the first up to give some vocals to Hemsworth beats. “Small + Lost” is a mellow downtempo track that does build nicely to some male vocal samples. Harnett’s voice works nicely here to complement Hemsworth’s beats, which is promising for the album as Hemsworth, in his career, has established himself as one to compliment others. Lofty305 is next on “Against the Wall” which might be the best song on the album, and his confident refrains work well following Harnett’s voice.

Some creative samples and beats fill this groovy track that’s starting the album off right. “Weird Life” is just Hemsworth’s beats, in perhaps a celebration of his own diverse career, and the atmospheric sounds give voice to the song that also gets peppered with some of the biggest beats so far. “Still Cold”, featuring Baths, takes a step sideways to a quiet melodic track that has some harsh lyrics where he calls out someone for being cold like Taylor Swift. It’s the first instance where Hemsworth pulls out of the chillwave/electronica basis he’s laid so far. The song also isn’t really that fun to listen to, because there’s really no bite to go along with the admonishment of this person, and then it ends suddenly with a listless “but I think you’re worth the bullshit.” “Avec Vous” is just Hemsworth again, and smartly but oddly brings the beats back to an uptempo-positive-feel that is flowered with an accordion, not the best of his solo tracks but it realigns the album. “Happiness & Dreams Forever” is as silly titled track that is the shortest just under two minutes, and features a vocal sample “please don’t trust me” over some drum fills, it’s interesting but feels incomplete.

Hemsworth as if it undeterred continues his diversity path with an ode to a Japanese manga character in “Yaeko Mitamura is Lonely”. It’s almost as if he’s laying out a resume for all the things he’s capable of doing in music, including maybe potential soundtrack work. “Ryan Must Be Destroyed” is a funny track title at this point in the album, as if he has no control over the artist “Ryan”. It brings some electronica back into the mix, and brings Hemsworth back to what is probably his bread and butter. “One For Me” is a straight up R&B track for the artist Tinashe, and really is the first instance where the featured artist overshadows the album artist. This one feels like it could have been a one-off, or tacked on because Tinashe wasn’t going to use it. “

Day/Night/Sleep System” is an interesting way to end Guilt Trips in the only way it could with two collaborators in Haleek Maul and Kitty. It starts off with some freestyle lyrics from Maul over some soft ambience, before Kitty ends it with her own soft croons. It shows Hemsworth working with a lot of different elements and making it all work.

Ryan Hemsworth is in a unique position as a young artist because he has established his producing skills, and an ability to work with a variety of artists across genres. So it feels as if his debut album really has nothing to lose, and for the most part it succeeds in doing more of what he’s done so far while at the same time stretch out his own songwriting skills in a mostly chillwave album. He cleverly has thrown some other genres in there, not really for the betterment of the album but for the betterment of his career. Very smart.