Jethro Tull have been making progressive rock music since 1967, pretty much monopolizing the flute-rock music category. Their somewhat embarrassing Grammy win for best Heavy Metal album in 1988 over Metallica, and Anchorman’s lampoon of the jazz flute, has pretty much sealed the deal for bands wanting to use the light-sounding woodwind instrument and be taken seriously. Gardens & Villa however have defiantly used the flute effectively, and have released their second album Dunes, which sees a polished-electronic-pop-rock sound. Dunes utilizes some ancient Jethro Tull seeding techniques and grows a sound that jumps from 60’s and 70’s rock sensibilities but roots it with 80’s synths, that culminates in a very solid-modern-sounding record.

“Domino” kicks things off with a wicked electronic bass line that juxtaposes the flute rhythm sample. There is an actual flute solo bit in the song, but it actually is not the focal point of Gardens & Villa’s sound at all. It’s the flute like electronic samples that do become a staple of their sound, especially early in the album. “Colony Glen” and “Bullet Train” utilize the flute samples along with synth-heavy beats. “Bullet Train”, with its falsetto like vocals, is very reminiscent of a lot of indie electro you might hear from MGMT or Foster the People. “Bullet Train” is the first single and while at first listen it may be the most accessible song on the album, it’s by far the best. “Chrysanthemums” fulfills Gardens & Villa’s obligatory botanical reference with a slower track that focuses on the piano and flute. “Echosassy” relies on a good bass line, but the continuous high hats are a bit annoying, it’s a track that suffers from modern familiarity.

“Purple Mesa” is a drug-induced-slow-tempo track that has a solid beat, subtle elements of synth, bass, and guitar make this the best of the slower tracks on the album. “Avalanche” comes out of nowhere with an 80’s heavy synth, which perhaps plays to my sensibilities, but this one really builds and might be the best overall track on the album. It sort of sounds like the intro music to a radio show, I know that sounds terrible, but I always find good radio shows have good intro music. It must be hard to be a gardener in cold climates, which is what they’re probably crooning about here with “Minnesota”, but when another great 80’s synth track follows in “Thunder Glove” it’s clear that that’s where the strength of this album lies. Even the synth instrumental “Love Theme”, that ends the album, shows them inching towards the 80’s sound, which they have come close but not committed to on the album.

Gardens & Villa have created a solid album that is less varied and more focused than their debut. There’s certainly more than a couple stand out tracks, but a few of them seem to be coming from varying influences that give the album too much potpourri. There have been far too many flower and flute references in this review, but I’ll take the Metallica stance and just blame Jethro Tull, who just happened to be named after a famous agriculturist. 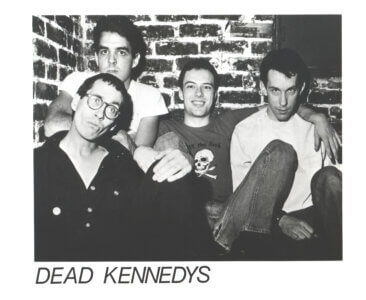