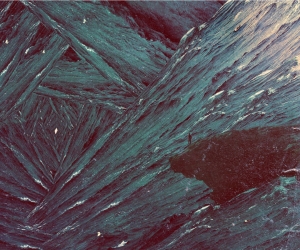 When a friend of mine asked what I thought about the album I was reviewing, without thinking, my gut response was, “It’s splendidly banal.” Sadly, that is the truthful response to Cloud Controls’ new album, Dream Cave. Let it be known that when I start listening to an album for a review, I really want to like it. Even if it’s a band whose work I was never fond of in the past, I truly want to be surprised and fall in love with the music. Unfortunately, there was nothing to love here.

I was immediately annoyed by the opening harmonies of the first track, “Scream Rave,” which sort of sounded like Panda Bear having a seizure. Once the harmonies subsided and the music started I had a brief moment of hope, thinking that perhaps things just got off on the wrong foot… nope. Those harmonies came rushing back and the song toiled on.

“Dojo Rising”, the second track, is the most promising of the album. However, while listening to it I didn’t find anything unique or original about it. In fact, it sounds almost like any band/song one might hear on one of those fancy public radio music shows like “Morning Becomes Eclectic.” Thus the major problem with Dream Cave: there is nothing original about this album. It is a hodge-podge of various elements and sounds from other bands that I feel we’ve been hearing for over a decade now.