Chvrches, Wavves, and now Alvvays—’V’ sure has gotten a facelift on the soundwaves recently. Continuing the clever trend of bucking an infinite cascade of Google search results for your band name, Alvvays, thankfully, don’t sing with a Transylvanian lisp. The witty monicker, in this case, is fairly necessary to distinguish the quintet from the competition, since their sound falls squarely and relatively unassumingly into the ever-expanding hole of radio music called dream-pop. That’s not to say that their self-titled album isn’t any good—because it is—but that it’s damn hard to single out a debut record among so many copy-cats.

Alvvays occupies similar sonic ground to its contemporaries: alternating fuzzy and jangly guitar anthems, carefree lyrics and a swift, stripped-down drum-kit feel. What it lacks in originality, the record more than makes up for in singer Molly Rankin’s gorgeous melodies and lackadaisical vocal work. From the lilt in her chorus of “Atop A Cake” to closer “Red Planet”’s lush crooning, Rankin has her band and the listener wrapped around her little finger. Interesting experimentation crops up sporadically—like the Big Muff’d warble that begins “The Agency Group”, or any of the numerous retro synth sounds that break up all the dream-pop charm with a little dirt.

Lyrically, Alvvays tread predictable but likeable ground. It’s hard not to intercept the reference in second track “Archie, Marry Me” before Rankin gets to the chorus (hint: it’s not Archie Bunker she’s pining after), and the band stay well away from songs that might even hint at a dour ending. Everything, from the sometimes-surfy guitar leads to the Beach Boys-styled song structures harkens back to a simpler time of ’50s razzle-dazzle—the production goes a long way to convincing the audience they’re listening to a retrospective piece, with a warm sound that hints at the idea of having been recorded to tape.

What is most surprising from Alvvays is its point of origin: this doesn’t sound like Toronto-native output, and it’s damn refreshing to see this kind of sun-soaked pop come from the city of crack cocaine and snowy winters. Its pedigree of recording-industry talent is extensive, including production by Chad VanGaalen and mixing by Graham Walsh of Toronto’s Holy Fuck—neither of whom make sense whatsoever for tackling a dream-pop debut, but whose stylistic flourishes help separate Alvvays from the rest of the vvash. 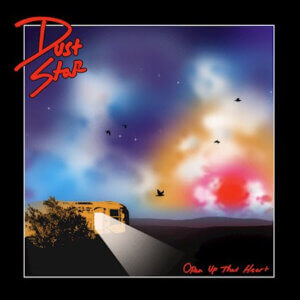 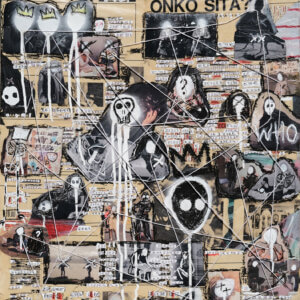