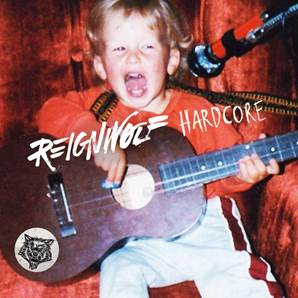 Reignwolf releases his brand new single “Hardcore” today via Stardog Records/Republic Records. Produced by Mike Dean [Kanye West, Jay-Z], the song twists a proto-punk industrial transmission through a swell of hard rock excess, screeching with an intensity that’s equally hyper-charged and hypnotic. About the track, Dean comments, “Working with Reignwolf is was amazing. He’s a rare gem in today’s world. He’s a great player and visionary. I hope the world enjoys this record as much as I did making it.”

“Inspired by a friend’s dark past, I recorded ‘Hardcore’ in an attic in Hastings, UK with my longtime collaborator Blair Mackichan earlier this year,” adds Reignwolf. “The demo came to life after sending it to Mike. I’ve admired his work for a while now and having him put his footprint on it takes it to the next level.”

Reignwolf originally debuted the single’s live incarnation on a recent episode of Showtime’s series ROADIES. He also unveiled “Are You Satisfied?” during the show and the live performance of the track will be available on the ROADIES official soundtrack album (“Music From the Showtime Original Series Roadies”) available in stores on Friday August 26. Reignwolf’s forthcoming full-length debut—out this fall via Stardog Records and Republic Records.

Hailing from The Great White North, Reignwolf’s reputation is his live show. You’ll see him play any instrument he can get his hands on and smash them all before the night is over. It’s no wonder he scorched the stages of Sasquatch, Coachella, Lollapalooza, Voodoo Music and more. This exposure helped secure opening act performances with the Pixies and as word spread, Black Sabbath hand picked him to join their North American Spring 2014 Tour as direct support. All feats accomplished with only three independent tracks released online and no album…until now.