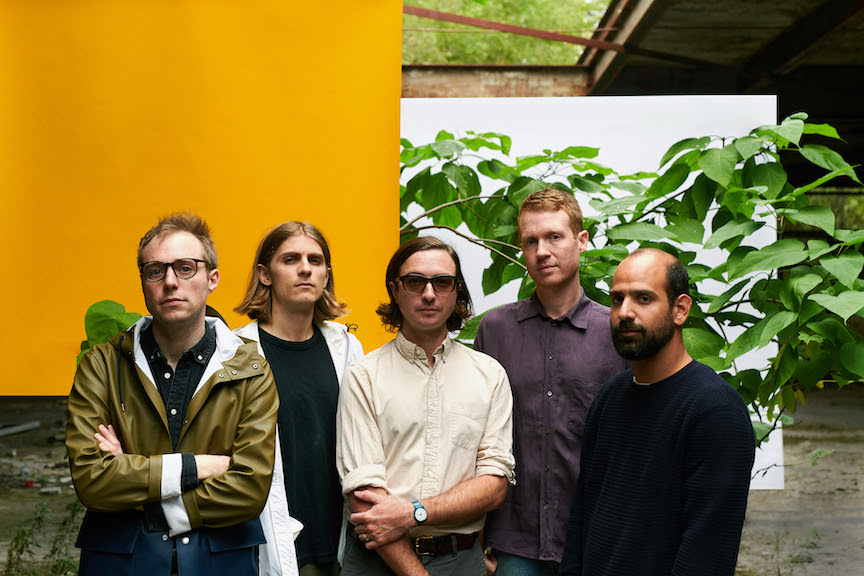 Real Estate, will release their new full-length The Main Thing, on February 28th via Domino Records. For the recording of the album, Real Estate have brought in outside instrumentalists and special guests including Sylvan Esso, whose vocalist Amelia Meath features on first single “Paper Cup.” The band have also released a Nick Roney-directed video for the track, chronicling the final performance in the life of a giant animatronic squirrel named Chipper.

On “Paper Cup” and the making of The Main Thing, Martin Courtney says,

“Paper Cup is a song about getting older and realizing that this thing that I fell into doing over ten years ago – being a musician, writing songs, being a guy in a band – this may end up being my life’s work. Watching the people around me change and evolve, take on new challenges, and feeling sort of stuck in a rut, in a way. Feeling uncertain of the validity of being an artist in an age of climate change and general political and social unrest around the world.

It’s a song about questioning your chosen path in life and searching for meaning in what you do.

Those questions don’t really get resolved in this song, but ironically, the process of making this record – really diving deep and trying to make it the best thing we’ve ever made – reaffirmed in me, and I think in all of us in this band, why we are doing this.”

*with Palm
†with Meg Baird
#with Itasca