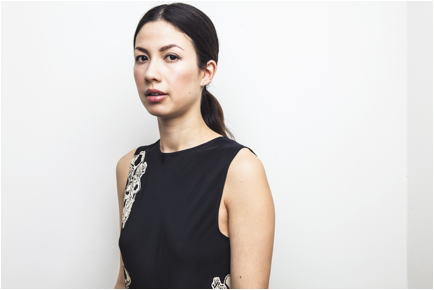 On the eve of her upcoming UK tour, Emmy The Great has shared a brand new track entitled “Rapids”. The song is off her latest release Current Love, now out on Bella Union/PIAS.

“I realized recently that music has been my longest relationship, and they do say relationships are hard.” Emma says of “Rapids”. “The process of making Second Love was a long process, and it changed me. Everything in my life being clearer now, I see that music has always been at its center, confounding or delighting me depending on its mood. Now that Second Love is finished and out in the world, I am eager to be making things and capitalizing on these new realizations. Rapids is the first result of pulling on this thread.

‘I wanted to write something to be released quickly, symbolically for myself, so that I know that the album cycle is over and it’s all new from here. The song ended up being about that tussle with music, about a question I am asking myself now- am I going to keep this relationship going or do I let it go? Could I even let it go? It’s a love song to music, and so I see it as the right link between Second love and what comes next. Watch this space for more, I guess.”

Emma’s own life path – a move from London to Los Angeles then to New York – brought new perspectives. “Each time I was introduced to a new city, I got really quiet and observant. I’d be on a rooftop or in some weird LA backyard party, and someone would tell me something, and that sense of spontaneous connection would find its way into a song later.” How the future connects us, be it a constant reminder of our own mortality or a provocative and powerful celebration of human endurance, is at the core of Emmy The Great’s “Second Love.”