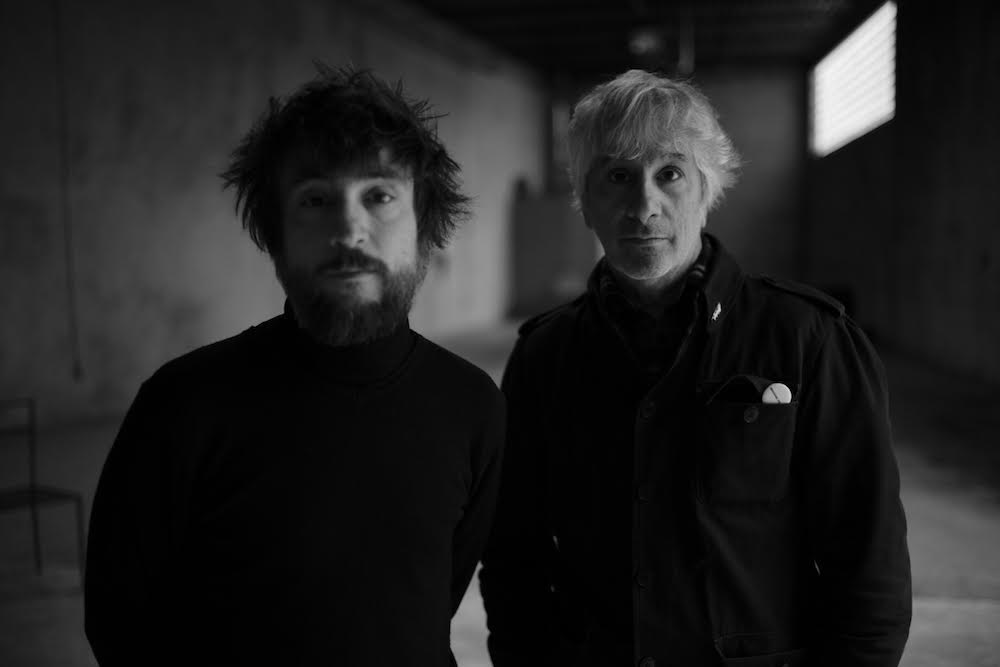 Every different artist all take their own specific journeys. For some, they stick with what they know, what they have success with. For others, the process is always changing. It is what inspires them to keep creating and whether these singular projects are successful or otherwise, there is no deterrent to keep walking that path. Lee Ranaldo is best known for his work since the 1980s with New York City art rockers Sonic Youth. The guitarist is one of the most well known and beloved musicians in that genre and since the band disbanded in 2011, he has kept working through his artistic vision with numerous different projects. In 2014 Ranaldo found himself and his band The Dust in Spain with some show cancellations and to make the most of that time there, he was recommended to meet up with acclaimed producer and composer Raül Refree to work on a live record. The pair had an immediate chemistry and vowed to work together again. When Ranaldo was set to record his solo album Electric Trim in 2016, he enlisted Refree as producer and now the pair is back with a wondrously beautiful collaborative album entitled, Names Of North End Women, which is set to drop via Mute on February 21st. The album, a lush and expansive affair, was the result of the pairs continued journey into exploring inspiration and their openness to find this inspiration even in the most unlikely of places.

“I was walking around the north end of Winnipeg and kept noticing these street signs that were just women’s names,” explains Ranaldo when we reach him in New York. Himself and Refree have just flown into town and are discussing that first impetus of the inspirational spark of their latest collaboration. “It just kind of sparked something. Seeing these street names and I kind of felt something funny about it. These weren’t named after specific people as far as I knew, like a monument to something. What was the reason theses streets were named like that? Just seeing these names, it started to kind of look like a poem to me and while walking around from one street to the next I had this idea of all the people that drift in and out of our lives and maybe, with me walking past all these street names, I was the one drifting in and out of theirs.” This was about six months prior to the duo embarking on the recording process of the album. Ranaldo was so struck with this idea that he called up friend and acclaimed novelist Jonathan Letham, who was also interested and ended up contributing some lyrical contributions to the album.

Refree mentions that while working as the producer on Electric Trim, Ranaldo’s prior solo release, that the process was more open this time than that last recording. “This was a completely different way of working. While Electric Trim started as demos that Lee had made and we worked from there, going into the studio this time, while Lee had demos he wrote, we just we started creating the music fresh in the studio.” There was some touchstones that the pair were interested in, specifically using marimba and vibraphone, but with the discovery of some old analogue tape machines and samplers the process really opened up. “After a little while of working with these high tech machines and recording stuff live like the marimbas and vibes, we pulled out this old cassette machine I had used in some performance work I had done like 25 years ago. It was made by the Library Of Congress for blind people. It’s meant for people to listen to books and it has this variable speeds so you could put a 6 hour book onto tape. It’s great for manipulating tapes,” Ranaldo says with a bit of wonder and excitement. “We ended up playing around a lot with it. It was cool to have this balance of more kitschy analogue tape sounds mixed with more modern technology.”

Even though the pair had so much at their disposal, their main intent was to use what was best for the songs. Refree explains, “On this record there was no limit what was needed for the song. It’s freeing being able to compose and being able to do that with whatever you can find in the room and not having to be set on a certain sound.” Having the guitar as his main instrument for years and not having to rely on this for their new project was also freeing for Ranaldo. “I really love the idea of not having to use the guitar in the way you are used to using it. When you hear a guitar on a record it usually starts at the beginning of a song and doesn’t stop,” he says with a chuckle, “Here we were able to use guitar, or anything, in the way that it just suits the song.” Names Of North End Women is a treat from start to finish in a way explicitly because of this. The record is a constant journey, made up of seemingly disparate pieces that end of meshing so well together, all the while being buoyed by the vocal and spoken word stylings of Ranaldo and Refree, with the lyrical contributions from writer Jonathan Letham. When asked about having an outside voice contribute lyrics, something that is normally so personal to a singer, Ranaldo explains that it actually helped to open the process up a bit. “I’ve known Jonathan for quite awhile and he did end up contributing a lot of lyrics to Electric Trim as well. Having someone contribute lyrics is a great way to help you get out of your own head, he explains, “It really opens up the language and point of view. I was thinking of someone like Robert Hunter’s role in the Grateful Dead or Jacques Levy with Dylan, and who needs a co lyricist less than Bob Dylan,” Ranaldo laughs. “Sonic Youth was such a collaborative process so I’m used to working like that. With no context you kind of make the lyrics your own and as a singer you sing a lot of peoples songs anyway that you put your own context to they lyrics. There was song called “Uncle Skeleton” on Electric Trim and Jonathan sent me the lyrics and I read them once or twice and they were so bizarre. Time passed and we were all of a sudden desperate to finish the song and I just pulled those lyrics out and weirdly they slotted right into that song perfectly. It was like I just needed that time and all of a sudden I figured out.” After the process of exploring and creating the type of album these two artists wanted to make but just didn’t know it, has really focused the process of how they want to work moving forward. Refree describes it as “a collage or montage style of creating. It’s non linear. We had all these instruments and samplers and music stands with pages of lyrics and as we went we could grab whatever and see if it fits, it’s something that is definitely outside of ‘rock’.”

It’s exciting that years into both their distinguished and celebrated careers, these two artists are still finding ways to create and explore the world around them. Even if the journey isn’t mapped out before you, it’s interesting and if you are open to it, that the surprises along the way can not only inform the outcome of one singular project but possibly so much more moving forward. With Names Of North End Women, Lee Ranaldo and Raül Refree have continued to explore, play, create and obsess and have left a distinct artistic mark and while this album is a great place to sink into, the anticipation of what may come next is extremely intriguing.