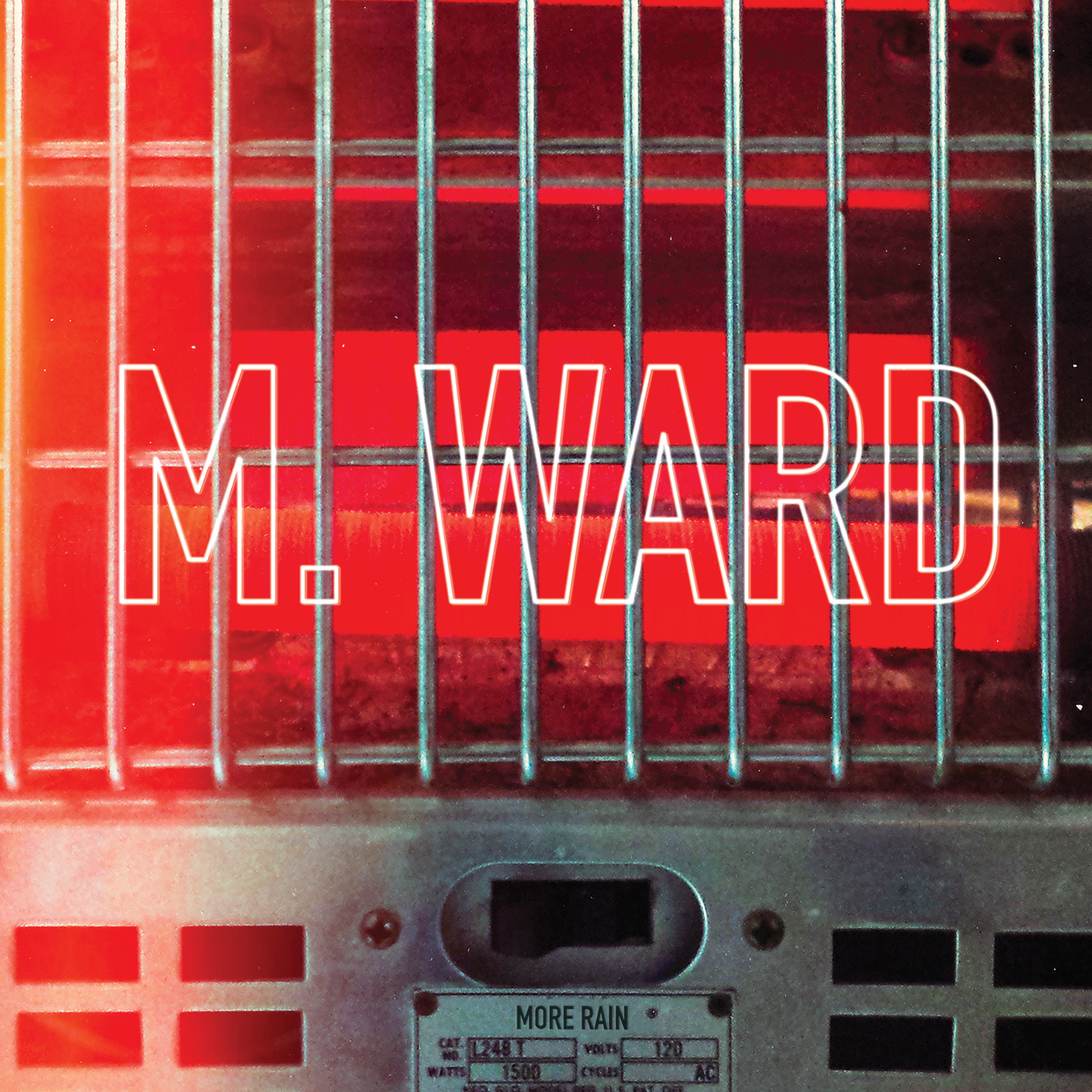 The title to veteran folksmith M. Ward’s new album, More Rain, is both quite telling and a bit of red herring. The collection, his first proper solo album since 2012’s A Wasteland Companion, quite literally starts off with the sound of rainfall, an ambient and unassuming wash that blurs together with a few bird calls. While we often correlate the soggier days with the sadder side of life, this doesn’t reflect the overall mood of the LP. Instead, More Rain includes some of the sunniest compositions of M. Ward’s career.

The early, watery soundscape bleeds into the record’s first fleshed-out song, “Pirate Dial,” which also meshes a detuned acoustic with Ward’s shushed narrative. “I can hear ya,” he hums above the mellow melody. Not soon after, though, More Rain rumbles up the volume for the more rock-and-roll-geared “Time Won’t Wait.” Surprisingly, it’s an introvert’s lament, where Ward discusses how he’s hoping to have someone hold him at home instead of heading out on the town. “To be lonely tonight,” Ward hems and haws, “well that would not be right, with all you people going out tonight.”

“Girl from Conejo Valley” is a similarly lonely character portrait, with the central figure looking at the relationships an ex girlfriend has developed with other figures from his life. This includes an ex-con named Ralo and Motorcycle Wilson, an Uber-type entrepreneur charging for rides in his side car. The singer does this from afar, obviously, noting “she used to be mine.” Despite the downer vibe of the lyrics, the track kick-stomps through a folk-pop whirl of big beats, sweeping mandolin and, unfortunately, a disorienting, distorted synth.

Elsewhere, “Confession” is a pop-mining, load-lifting expulsion for those looking for a love “that goes all the way.” The softly waltzing “I’m Listening” is a early dip in momentum, but taps into the broad doo wop influence M. Ward threads throughout the LP.

Eight songs in, M. Ward sidesteps originals to tackle the Beach Boys’ dewy-eyed 1965 single “You’re So Good to Me.” While it’s a fairly faithful adaptation, M. Ward’s interpretation begins with what sounds like a four-track flutter of guitar before expanding into a hi-fi experience of tambourine, acoustic melodies, and plush and percussive la la las. Though aesthetically sweet, the sojourn seems a bit out of place.

Like studio wizard Brian Wilson before him, M. Ward has a knack for creating truly lush and beautiful records. In light of tracks like “Slow Driving Man,” a symphonic swell of violins helps cushion the blow from a grim lyric. The first verse is a benign, on-the-nose assessment of what we’re in for: a song about a slow driving man. Almost as frustrating as the meta reflection is the solo artist noting how, accordingly, he’ll be trying to sing the song for us as slow as he can. It’s a goofy set-up, but the song takes a turn for the tragic in the follow-up verse, once someone is called to a vicious car crash scene to identify a body.

“Little Baby” is a late-album keeper that likewise comes cushioned with velvet doo wop backups. The vintage genre nod is fitting for the song, wherein Ward notes, “everything is old in the world except the baby.”A search for simpler days, the tune finds a jaded man asking to see the world again through the crystalline, unspoiled outlook of youth. A natural follow-up, “I’m Going Higher” is the record’s positive resolve, and reflects on putting darker days behind oneself. It comes drenched in Beach Boys-perfect vocal harmonies, reverb, and hope. It would seem that before you get to the end of the rainbow, you may have to experience More Rain.