Quintron and Miss Pussycat are excited to head out on the road and bring their live show to a city near you. Q and Miss P will be joined for many of these shows by Goner Records girl gang Nots! After the release of their latest LP “Spellcaster II: Death In Space”, Q and Miss P don’t show any signs of slowing down. Weather Warlock, Quintron’s live band based around his latest weather controlled synth invention, released their first studio album on May 10th. The album will is available at the merch booth on tour and WEATHER WARLOCK will be performing live in Los Angeles (May 22 @ HM157 – lineup TBA ), San Francisco (May 25 -venue and lineup TBA), Portland Oregon (May 22 -venue and lineup TBA), and St. Louis Missouri (June 10 -venue and lineup TBA). There’s no stopping Miss P either, this spring she’s set to release a very special new puppet show sound track album, ANTHROPOMORPHIZER and three puppet movies on VHS with Terror-Vision, a new soundtrack and video label being launched by Ryan of Graveface Records.

They’ve have been making genre-defying noise and hard rocking dance music in New Orleans for over fifteen years. The majority of their 14 full-length albums have the psychedelic soul of traditional New Orleans party music filtered through a tough distorted Hammond B-3 and a cache of self-made electronic instruments. Quintron has also released strange soundscapes based on inner-city field recordings of frogs and neighborhood ambiance as well as holing himself up in THE NEW ORLEANS MUSEUM OF ART for three months to create the double LP, Sucre Du Sauvage (Goner, 2011).

In addition to his own recordings, Quintron has played organ on a number of other records, most notably THE OBLIVIANS “9 Songs” and STEVE RILEY AND THE MAMOU PLAYBOYS “Grand Isle” which featured the Quintron penned song “Chatterbox”. In the spring of 2014 Quintron and Miss Pussycat were invited to be resident artists at the ROBERT RAUSCHENBERG FOUNDATION in Captiva Florida. Quintron took that time to complete his weather controlled analog drone synthesizer called WEATHER WARLOCK and Miss Pussycat invented an inflatable puppet theater that fits into her purse. 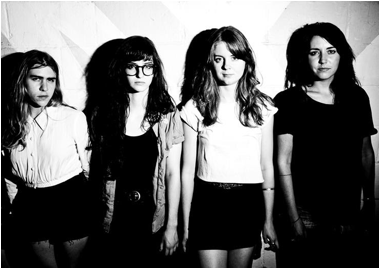