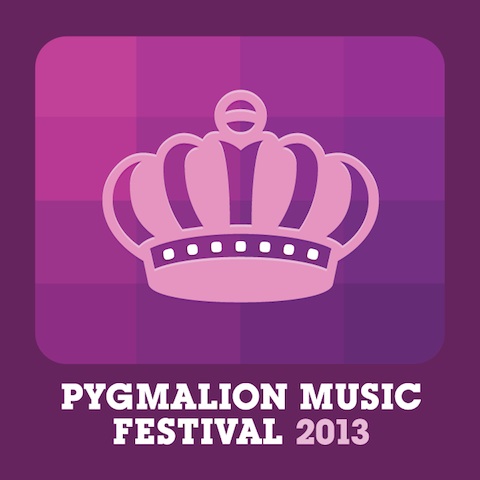 Kurt Vile and The Violators will join Major Lazer, The Breeders, The Head and The Heart, and Dawes as a headliner of this year’s Pygmalion Music Festival, taking place September 26-28, 2013 in Champaign-Urbana, Ill.

In 2013, Pygmalion Music Festival returns to Krannert Center for the Performing Arts on Opening Night, after a two year hiatus from the world renown, acoustically perfect venue. On Thursday September 26, 2013, The Head and The Heart will perform with Daughter and Damien Jurado in the early evening at Krannert Center, before making way for a late night headlining performance at The Canopy Club with Warpaint, Murder By Death, Larry and His Flask, and local psych rock luminaries, The Dirty Feathers.

In addition, the festival will continue its tradition of incorporating outdoor shows into its already established history of presenting artists in the best venues around Champaign and Urbana. Pygmalion will be presenting two major outdoor concerts, one on Friday night in Downtown Urbana and a two-stage all day show on Saturday in Downtown Champaign.

On Friday evening, in historic Downtown Urbana, Kurt Vile and The Violators will co-headline the Outdoor Stage with Dawes, before two late night performances. One will feature Toronto punks METZ at The Independent Media Center, and the other will see The Breeders performing Last Splash in its entirety at The Canopy Club, with support from Foxygen, and locals Common Loon.

Saturday, the festival moves completely to bustling Downtown Champaign, where a two-stage all day Outdoor Concert behind The Highdive will be headlined by Major Lazer, with support from artists such as Youth Lagoon, Dessa, Caveman, Bleached, Cory Chisel and The Wandering Sons, Psychic Twin, Kishi Bashi, and more.

Late night shows include performances at various venues and clubs in the Downtown area featuring Perfume Genius, Saturday Looks Good To Me, Jenny Hval, Spectrals, K.Flay and many more.

Beyond that, Pygmalion Music Festival is proud to announce its first ever expansion beyond presenting live music. The inaugural Pygmalion Lit Fest will take place on in partnership with the Department of English at the University of Illinois, Ninth Letter, its esteemed literary journal, and Hobart: another literary magazine. Confirmed authors so far include PEN/Faulkner Nominee Amelia Gray, Dan Chaon, and James Greer, whose band Detective, will also be performing at the festival.  Additional authors reading will be Matt Bell, Aaron Burch, Jensen Beach, Elizabeth Ellen, Lindsay Hunter, Lania Knight, Kyle Minor, Bayo Ojikutu, Andre Perry, Kathleen Rooney, and Chad Simpson. This event will be free and open to the public.

Pygmalion Music Festival is also proud to announce another new aspect of the festival: an arts and crafts fair called The Made Fest, which will introduce the first ever outdoor vintage and handmade market to the streets of Champaign in conjunction with the music festival and the lit fest. Taking cues from events like Renegade Craft Fair and Flatstock, this expertly curated and juried event will be taking place just outside of the walls of Pygmalion at the corner of Market St. and Main St. on Saturday September 28, with free admission.

Festival passes are currently on sale for $85. The festival pass guarantees admission into every theater and outdoor show at the festival. Club shows are subject to capacity limitations. Single show tickets will go on sale on Friday June 21, 2013 10am C.D.T.

The Pygmalion festival is presented in partnership with Krannert Center for the Performing Arts and sponsored by 88.7 WPCD, Red Bull Music Academy, and Smile Politely – Champaign-Urbana’s Online Magazine.