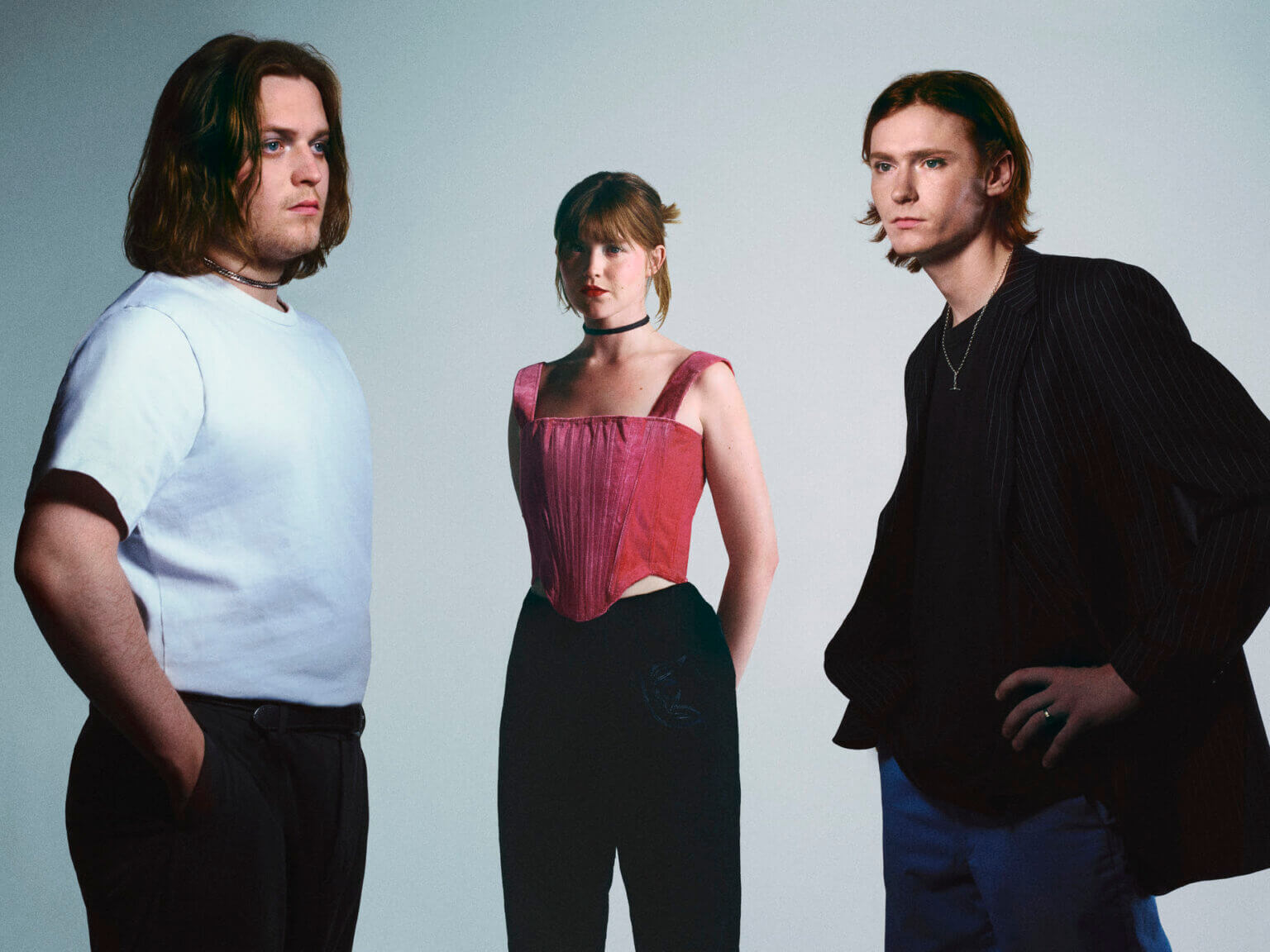 PVA began when Ella Harris and Josh Baxter began making what they dubbed “country-friend techno” together in 2018. Their first show took place just two weeks after they met. The night was curated by Harris and featured painting, sculpture and photography upstairs, and bands on the ground floor. She booked PVA as headliners. One of their first songs “Divine Intervention” was born from Harris dictating her dreams to her new bandmate.

The UK trio have shared a new single titled “Bad Dad”. The single follows the announcement of their forthcoming debut album Blush, which drops on October 14th via Ninja Tune. Speaking on the themes of the single, Harris says “Bad Dad explores the internal world of a new father checking in on his son at night, afraid of the lineage of masculinity and how it might impact someone so untainted.”

Following their standout 2020 EP Toner, the band’s debut album sees them further consolidating the beating pulse of electronic music with the raw energy of a life-affirming gig and reveals more about the trio than they’ve ever previously shared. The eleven blistering tracks from the group, Ella Harris and Josh Baxter (who share lead vocals as well as handling synths, guitars and production) alongside drummer and percussionist Louis Satchell.

PVA have also recently been nominated for “Best Live Performer” at this year’s AIM Awards. The news follows the recent announcement of their biggest UK / EU headline tour to date, which will take place across October and November 2022 in support of “BLUSH”. Following incendiary performances this year across Latitude Festival, Wilderness, Standon Calling, The Great Escape, and Wide Awake, PVA will also be playing a number of festival dates this summer including Route du Rock, Into The Great Wide Open, Congés Annulés, and more.