Pup Show No Signs Of Slowing Down 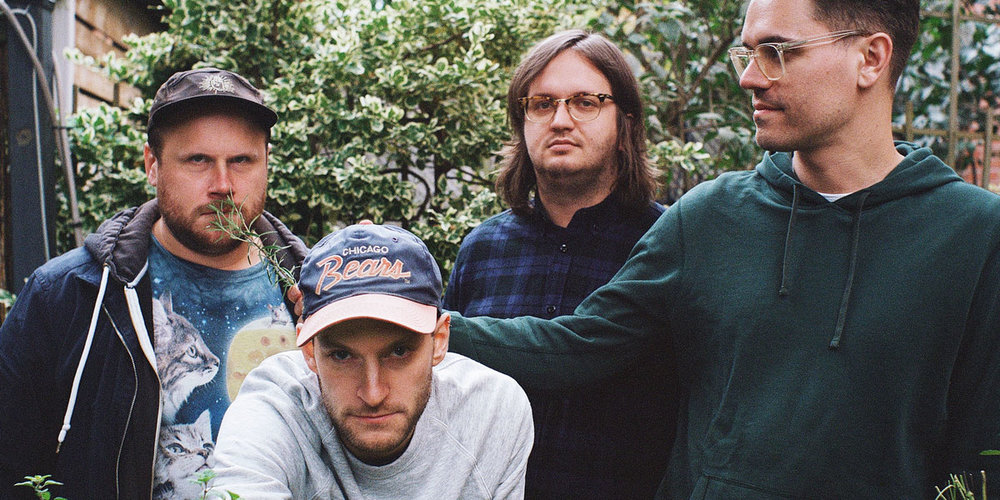 PUP is well on their way to solidifying their reputation as one of today’s hardest working bands. The Toronto punk rockers have played a show nearly every second night since March, and they’re showing no signs of slowing down, with upcoming dates booked across Europe and North America. PUP’s latest album, Morbid Stuff, shows off the band’s energy at its fullest, and is already being hailed as a strong contender for the Polaris Prize this year. Frontman Stefan Babcock’s dynamism is omnipresent across Morbid Stuff’s eleven tracks, managing to balance a frenetic energy that’s equal parts frustration and passion. Widely embraced in the punk community for years, PUP is now gaining mainstream recognition, having appeared on Late Night with Seth Meyers in March and reaching the Top 15 on the Billboard Canadian Albums charts. We reached drummer Zack Mykula at home in Toronto as the band prepares to play the biggest show of their careers at Toronto’s Echo Beach.

Northern Transmissions: Your tour schedule in 2019 has been pretty non-stop but you’re on a little break now until July 21 st . How do you wind down after months of playing shows almost every night?

Zack Mykula: Mostly it’s about trying to get back into some semblance of the routine that I had previous to leaving. I’m working on band stuff not related to writing music or practicing, and trying to get in some exercise, sleep and proper eating. I’ve also been playing a bunch of Nintendo.

NT: Do you still see your other bandmates when you’re trying to relax now, or has six months of constant touring required a break from your friends?

ZM: I’m actually seeing Nestor [Chumak, bass] this afternoon! We’re talking now about what content we’ll include in volume three of our next zine. I’m always in contact with the other guys, it’s pretty full board all the time. Hopefully this zine will be as entertaining as the last few, the flexi disc for it is actually in production right now.

NT: On July 21 st you’ll be playing the biggest hometown PUP show yet at Echo Beach. For a band that regularly plays club shows, what’s the biggest challenge of playing a large space like that?

ZM: One thing we’ve been grappling with is how to reach the audience in the back of the room. Like we’re trying to make sure it’s a big enough show for everyone to enjoy, no matter how massive the space is. We’re trying to add visual components that match the ethos and esthetic of the band without getting too stadium-y. We’re focused on trying to make this performance as intimate as usual, so that’s a big thing we’re grappling with now. Largely people can just expect the same kind of energy that we play with at our usual club shows.

NT: Anything special planned for that show?

ZM: We have a few things in the works, but I don’t know how deep I want to get into it now. We’re hoping to mark the show in some distinct way, while also being the familiar band people are used to seeing.

NT: With such a massive show ahead, how do you balance both PUP’s underground punk ethos and the fact that you’re playing an outdoor “mainstream act” venue? How do you manage to keep both one foot in the punk community while having a record on the Canadian Billboard charts?

ZM: I think we’re able to stick to our values through our drive to stay faithful to the people who got us here. We have such an obsession with wanting to get to know our fans as much as we want them to know us. We see our music as a two-way street and we want it to feel personal, because that’s the most integral experience when listening to music. A lot of it is driven by us just wanting to create shit and show people who we are, and make people feel a part of it. That’s the biggest impetus to staying true to our roots. Sure it’s a challenge to reach people in the back of the room, but I definitely think we’re up to it. We want our music to feel accessible and we want people to feel welcome, so I think that’s our biggest driving force.

NT: After this tiny break you’ll be playing shows in Slovenia and Czech Republic next month. Have you played there before and what do you think those shows will be like?

ZM: We played in Prague before, Slovenia will be insane though. We’re playing a big festival there called Punk Rock Holiday which is going to be awesome, it’s supposed to be a really great festival. Three of us actually have Slavic roots, so it’s always interesting to go to those countries, connect to that culture, and see what it’s like over there. But mostly the people there just like to have fun at shows, they like to get nuts there and I think it should be fun.

NT: How do those crowds compare to those in North America?

ZM: They’re probably on par, but a little different. They’re more willing to give you the benefit of the doubt, I think it’s maybe because they see less shows than other people. The communities are pretty warm and welcoming, like everybody’s just super nice. We still want to see what the crowds in South America are like, we have a joke in the band that no matter what we post on Instagram or Twitter we always have a request telling us to play Brazil or Argentina. Going there would be amazing, we’re constantly trying to find ways to go to these places because we know there are people there who passionately want to see us play. Hopefully one day we get to make it there.

NT: On this current your you guys launched a great initiative where for every headlining show you’ll be partnering with a local charity. How was that idea launched?

ZM: People welcome us so warmly into their cities and their scenes, and we want to take that energy and give it back to the communities. We figured one of the best ways to do that would be to try to make change at the local level, and I think that’s just a part of the DIY ethos and it’s at the heart of being part of a community. It really stemmed from us just wanting people to be comfortable at our shows and feel represented. There is so much good work going on around the world that we want to lend our voices to and support. We thought it would be great to have these people come and represent their causes at a booth next to our merch to get a little bit of face time with our fans so that they can explain what they’re doing.

NT: What are some charities that have really impressed you with their work so far?

ZM: It’s hard to pick, they’re all really good. A personal favourite charity of mine is Trevor Project. They’re getting pretty big now which is awesome. Other great organizations that we’ve had at the shows are projects like Sisterhood in Toronto and Planned Parenthood in the U.S. There’s actually a list on our website of all the charities we’ve worked with if anyone wants to check it out. Hopefully we’re going to keep doing it on all our tours. It seems like a natural thing to do.

NT: Shifting over to your latest album Morbid Stuff, you’re credited for “additional layout work” for
the album art. What did that entail?

ZM: I’m the visuals guy in the band, which basically just means that I make decisions regarding what stuff looks like. In that case it was just laying out the photo on the inside of the jacket. It’s sadly not too interesting.

NT: Morbid Stuff was your third album produced by Dave Schiffman, he’s now pretty integral to the sound of the band. What is it about his production that makes you keep coming back?

ZM: He’s everything to us. We’re definitely guilty of having too many ideas and he’s good at distilling all the big visions into their integral parts. He’s a fantastic editor. He has a great sense for phonetic flow, like he’s not a lyricist or a poet by any means, but he has an ear for how words sound together and he has an ear for structure. He has an amazing ear for tone as well, so if you could call tone an instrument, he would be the fifth member of PUP. It’s really that tone of his that makes our records the way they are. He’s been integral in making us sound like us.

NT: How were you guys first connected? He worked with some pretty big groups before working on your debut.

ZM: Our management at the time was like “make a list of the producers you want to work with, big or small”, and we gave a list. We sort of reached for the stars and put Dave’s name down because we all loved his work on The Bronx and Priestess records. He seemed pretty excited about the demos we sent him, even if they were just shitty room demos. I guess he saw that he could pull something out of it, and that’s really where our identity as a band started. Dave’s such a part of the band now, we literally just had dinner with him on Monday. He’s one of us, and it’s a super comfortable arrangement.