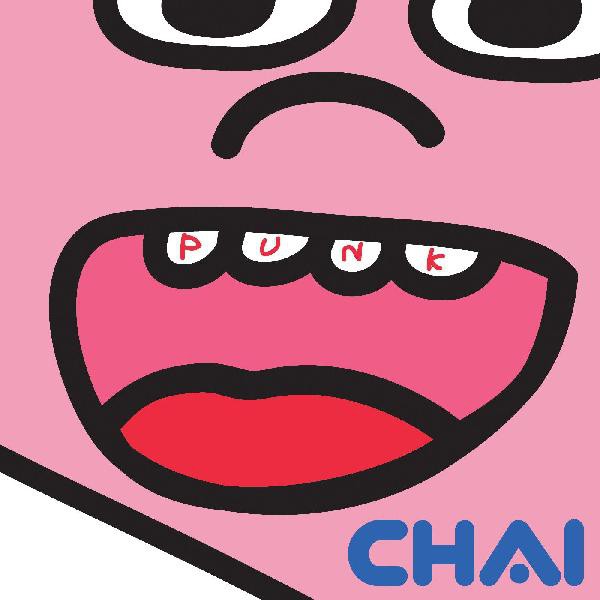 “PUNK for us, of course is not the genre of music. ‘PUNK’ to us is to overturn the worn-out values associated with ‘kawaii’ or ‘cute’ created up until this point. ‘PUNK’ is a word that expresses a strong sense of self. To be yourself more, to become the person you truly want to be, to believe in yourself in every instance”. This is how Japanese foursome, CHAI, have described their sophomore album ‘PUNK’, the follow up to 2017’s debut LP ‘PINK’. The quartet have said their new record isn’t punk in the musical sense, it’s more of the case of channelling a rebellious attitude towards convention. However, there is a punk-ish energy to CHAI’s 2019 release, albeit wrapped around a frantic surge of digital chaos or a charging drum beat. Although the band have said this new effort is less vivid, there’s still a feeling of sensory overload when CHAI are coming at you from all angles.

This record is the product of 2019, its attention span is mega short, switching from musical stylings like an Instagram user dolling out likes plus it’s the product of an infinite amount of influence. It’s a splurge of colour and enthusiasm, even down to the stylistic way CHAI have approached their song titles with a mixed and wanton regard for casing; there’s ‘CHOOSE GO!’, ‘Feel the BEAT’, ‘I’m me’ and ‘THIS IS CHAI’ to typify the kawaii collective’s vivaciousness. The cherry on the cake is the record’s artwork, a quintessential Japanese illustration, all gaudy colours and exaggerated expressions with the album’s title emblazoned across the character’s teeth.

If CHAI wanted to burst out of the cute pigeonhole with ‘PUNK’, this hasn’t happened; with the playful, sugary vocals of Mana mixed with the kitsch use of digital soundscapes, the album’s sound is cute personified. When the album bounds with relentless energy, the cuteness comes with an edge, one that’s sharp and daubed with a ‘don’t fuck with us’ brashness but when the coy sonic aggression skips away from cartoonish to quirky day- glo pop, ‘PUNK’ seems quite adorable and non-threatening.

‘PUNK’ sonically is what would happen if Sleigh Bells decamped to Japan, dialled down the corrosive riffs, ramped up the toytown electronics and spliced in 8 bit video game noises to kids’ TV theme tunes.