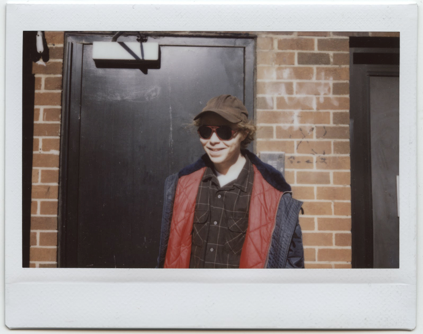 For a long time, he considered this collection of songs to be recordings that would never be heard. This invariably influenced certain decisions made during the creation of Black Bubblegum, blessing Copeland with the unique freedom that comes from making music never intended to be heard, let alone released.

Professor Jessica is the Mexico City born DJ-producer previously part of the NAAFI crew creating a danceable & ethereal sound that is, frankly, difficult to explain. Jessica does not like to be “put in a box” or limited. So many changes of label affiliation and identity have occurred in the her musical output. Under the artist name Smurphy, she released the #Geminiss EP on NAAFI, and the critically acclaimed “A Shapeless Pool of Lovely Pale Colours Suspended in the Darkness” LP on Leaving Records. She has now turned her attention elsewhere, departing from real life only to create remixes and free-to-download albums for her admirers. Professor Jessica will continue to contribute meaningful creations in one form or another.