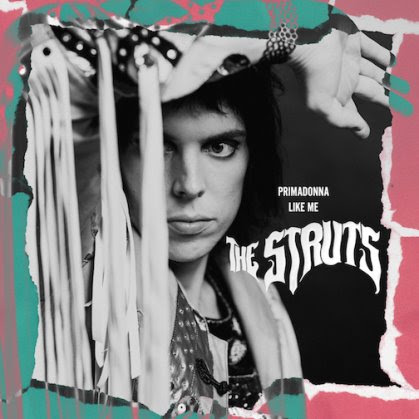 The Struts recently released their new single “Primadonna Like Me”, now available via digital retailers. “Primadonna Like Me” follows the release of the band’s current single “Body Talks”.” Both tracks will appear on the band’s forthcoming album and follow up to their 2016 debut, Everybody Wants. “’Primadonna Like Me’ was written about my stage character, my alter ego,” says The Struts lead singer Luke Spiller. “It’s this completely deluded guy running around his small town, all dressed to the nines—a full-on 21st century dandy going around saying, ‘Don’t you know who I think I am?’”

The Struts recently wrapped a tour supporting the Foo Fighters, which included performances at Madison Square Garden, Wrigley Field and Fenway Park, and are gearing up for a fall headline tour. The Body Talks Tour kicks off September 21st at St. Andrew’s in Detroit (see below for complete itinerary). Tickets are on sale now. Visit thestruts.com for more info.

In just a few years, The Struts have found themselves massively embraced by some of the greatest icons in rock-and-roll history. Along with opening for The Rolling Stones, The Who, and Guns N’ Roses, the U.K.-bred four-piece was hand-picked by Mötley Crüe to serve as the supporting act for their last-ever performances, while Dave Grohl praised them as the best band to ever open for Foo Fighters. Formed in Derby, England in 2012, The Struts are Luke Spiller (lead singer), Adam Slack (guitar), Jed Elliott (bass) and Gethin Davies (drums).