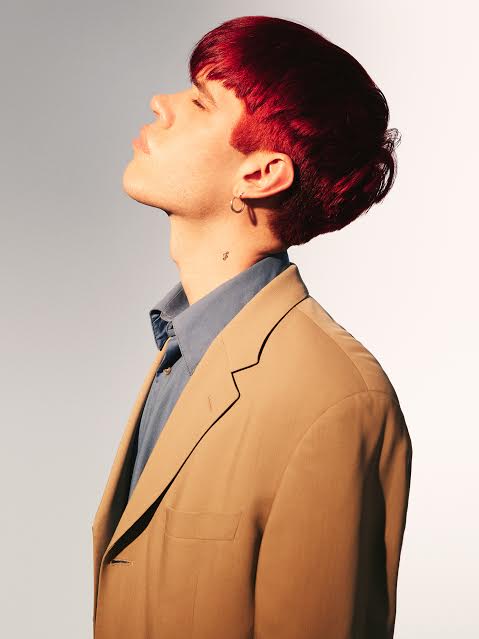 Interview with Aaron Maine AKA: Porches
Share on TwitterShare on PinterestShare on PocketShare on RedditShare on FacebookShare on Email

When you are an artist that has been creating for several years, it’s pretty common to want to switch things up as your talent and style progress. Whether it is switching to a different medium or genre. It’s not always easy to look back on what you’ve done in the past and contextualize what that means for your present or future. Aaron Maine, the creative force behind the band Porches, has been releasing music under that moniker since 2011 and when he was finishing the production of his newest album Ricky Music, Maine felt like maybe he wanted to release the record under a different name. A name that reflected his evolution since his first EP came out almost a decade ago.

“I don’t know when the name ‘Ricky Music’ popped into my head,” Maine explains when we reach him at home in New York, “but I guess I was trying to come up with a name that was something straightforward, not stylized and kind of comedic.” Maine wasn’t just trying to come up with a name for the album but a new one for the project. “I was hellbent on changing the name of the band to Ricky Music and a lot of the songs were made with that in mind,” he says,”I liked having that detachment from Porches. There was a forward thinkingness to it I liked but eventually I came back around to Porches and what that meant to me.” Seeing this new album as part of an evolution instead of more of a brand new, standalone creation put his original band name into perspective for Maine. “Rather than trying to ditch the name, I thought a better thing to do would be to embrace what I’ve done with Porches over the last ten years and that felt exciting to me again.” What Maine has done with Porches over the last decade is crafted a body of work that encompasses the singer/songwriter and producers growth as an artist. “ I think it’s kind of natural with any sort of thing, even in life,” Maine says with a chuckle,”to want a clean slate. A fresh piece of paper or canvas or room or relationship. It’s clean, and puts you in a place to think clearer. There’s less baggage. Alternatively, all those experiences are the ones who made you who you are and how far you’ve come since then. I grew to like that idea and accept that these records are all phases in my life.”

This new phase in Maine’s life is quite the striking one. Ricky Music is a deeply intimate album, one that presents a real look into Maine’s creative headspace. The album is lean but not bereft of huge emotion. From the opening track “Patience”, with it’s defiant intimacy and stream of consciousness lyrics that make the listener feel like they are getting a glimpse into his journal to tracks like “PFB” which is a thirty second blast of pure catharsis, the record is stellar from start to finish. “This stream of consciousness idea is something that I am interested in,” explains Maine, “It’s almost like a improvisation. I’d loop a song and sing and sing and sing until I felt like something was coming together. That feels the most exciting to me. It makes it feel super unfiltered and captivating. The more I release music, the more precious I get about it and I’ve released a ton of music. The amount of work and then waiting, if I am going to keep putting music out it has to be worthwhile to me and the people that keep listening. I need to be wanting to say something, to keep being inspired. Having it come from this place of excitement.”

With Ricky Music about to be released onto the world, Maine is about to embark on an extensive tour to promote the album but also, as he says, to share his personal experience with people and hopefully find a common ground between himself and the audience. Now, though, with festivals and shows getting cancelled because of a possible looming outbreak of the COVID19 virus, Maine hopes that the band will still be able to hit the road and share this experience. “I mean, of course I have concerns but I kind of just want to see how it goes and if we have to stop, the tour stops. There’s nothing we can do about it except try to be safe and careful and also try not to get fucked up about it. We need to be positive right now and if there are no problems and we can do the tour as planned, I wanna be out there. I want to, even for a second, provide an escape for people.