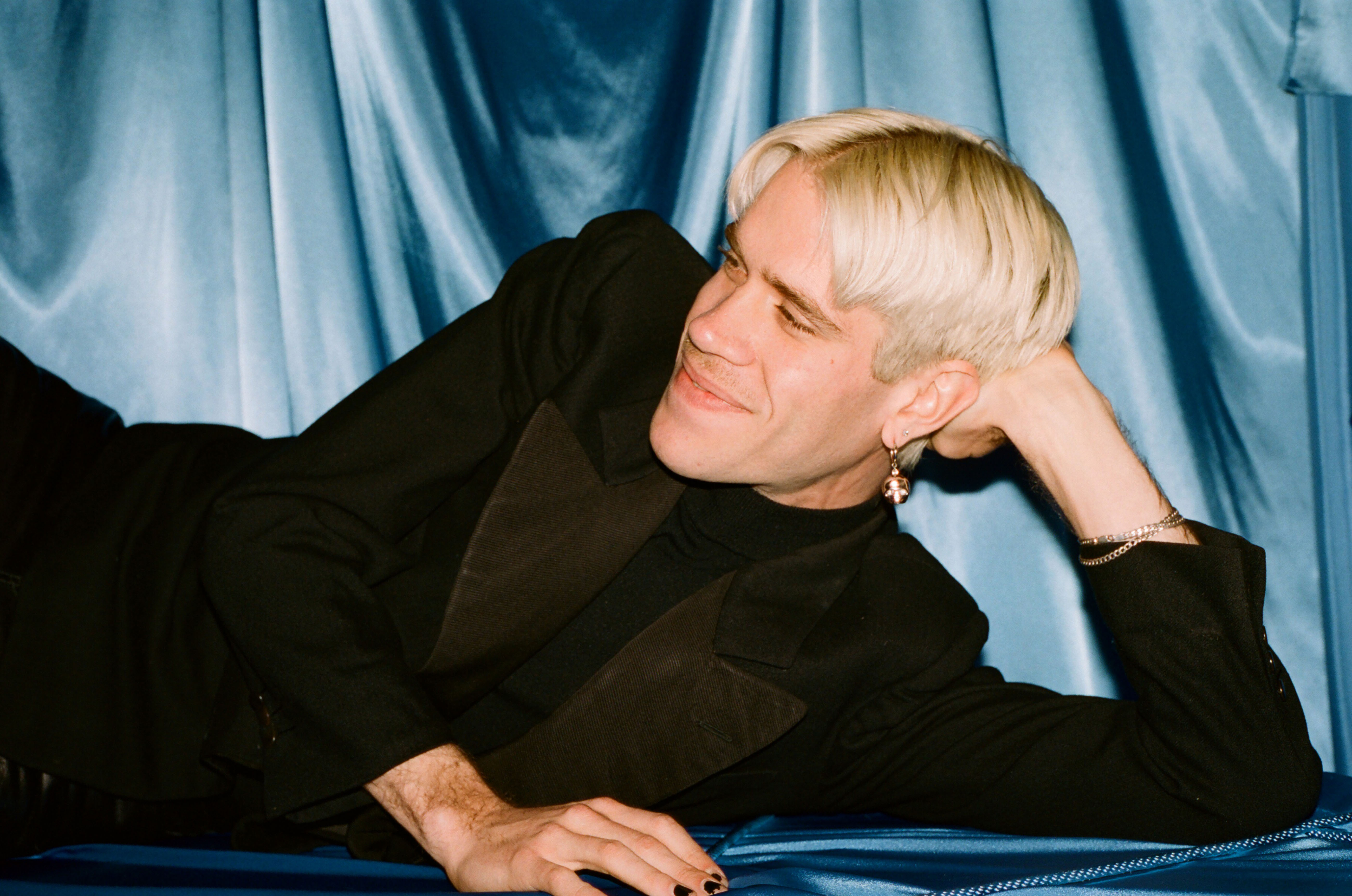 Taking almost two years to write their latest album, Porches (aka Aaron Maine) has created a truly autobiographical record from months of charting his own life. Serving as part-work, part-therapy, the process which involved artist’s like Dev Hynes and even Maine’s own father has resulted in their astounding new record The House. We had a chat with Maine ahead of his show at Théatre Fairmount on February 18 to talk about his journal-like writing process and why New York changed his perspective on life.

Northern Transmissions: Did you find writing and recording every day became tiresome or at times too revealing, or was it more of a relief?

Aaron Maine: It was the first time in my life where I had been afforded this much time to write and record. I’d signed a record deal with Domino and since that was really set in stone, I thought I would take advantage and not waste this time. I felt like “Who knows how long this could last,” so I spent that time working. Most of the time it’s an enjoyable, meditative thing for me. I find the writing soothing, peaceful and therapeutic, that’s when I’m being productive. It felt rewarding for those reasons, and it felt nice to have a body of work collect like that. Sometimes it is a bit daunting, especially when you’re not happy with some of your results. The time was very precious to me, so I just did it because I wanted to.

NT: How do you filter this all down into one record, and have you thrown out the remainder of the material?

AM: Some songs are stronger than others naturally. It’s almost rewarding to cut songs off the album near the end, because it starts to feel like the cream of the crop. In terms of the arc of the album, more or less all of the songs would have been able to live on it depending on the sequence. These were the songs that I felt like were completely necessary to the message of the album. I do want to release some of the stuff that was cut, I think it’s good work and it’s enjoyable music, it’s a nice supplement to the record. That music reveals other sides of the process from the same time period.

NT: How did you get people like (Sandy) Alex G, Dev Hynes, Maya Laner and others involved, and how did you keep the project from feeling like it wasn’t your voice anymore?

AM: At some point during the writing, I was imagining contributions to the record. But by the time anyone came in to record, the songs were mostly written. So it very much felt like my record, and anything that anyone brought and added just gave new life to something I had been working on for months. It’s a long record, so it seemed appropriate to break it up with other people’s voices and personalities. It’s great to have friends who are so generous with their spirit. I’m so glad that my dad’s on it, there’s a lot of unplanned things on the record.

NT: What was it like working with your dad in the studio and what did he bring to the recording?

AM: I was up visiting my dad at his place two Novembers ago. He has this little workspace with a digital 8-track and keyboards. He’s been writing and recording since before I was alive. He was showing me and my brother this song he’d been working on, which is “Understanding” but one where he had arranged it with guitars and drums, just a totally different vibe. I was so taken with the vocal performance, and the instability, so when I got home I asked him to send me the dry vocals. I used that and rewrote the chords, processed his voice and shifted it with effects. It was something I’d never done before, but it was an exciting prospect to include it on the album. It felt very appropriate and special to have him involved, it asks like a breath. He’s like a narrator chiming in during the middle of the film. It’s one of my favourite tracks on the record.

NT: You’ve also talked about New York as a real awakening for you as an artist, so what does it offer that small town life didn’t?

AM: I grew up in a beautiful place, but it was very much its own tiny universe. For me it was very easy to get caught up in it, I wasn’t trapped but there wasn’t much depth to my experience. So I think just by moving to the city and seeing so many more people, and understanding people, it’s very humbling. Seeing the way people move and dress, it felt so lush and exciting so when I started making music here I felt like I had so much more to draw from.