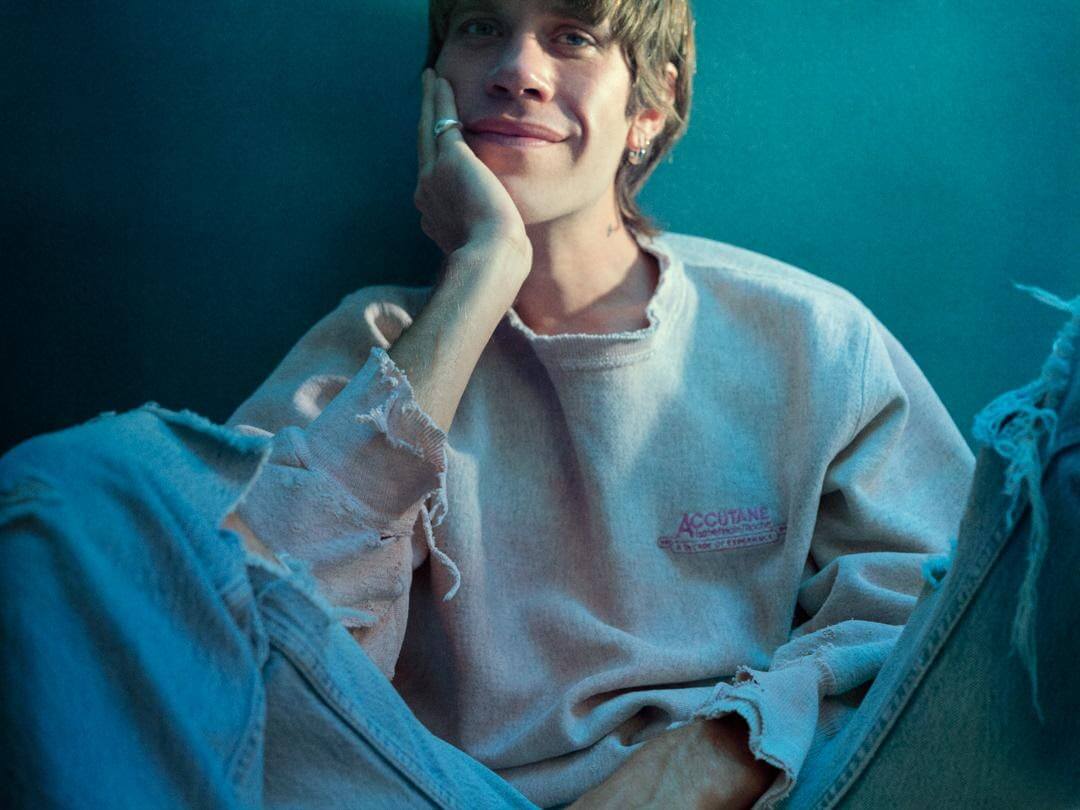 The writing and recording of music can be quite the cathartic experience for any artist. When Aaron Maine, aka PORCHES, found himself in lockdown in his apartment in New York, he decided to take the opportunity to write some songs that would provide a catharsis for him. With everything feeling so unstable, Maine started to write music that celebrated the things that he loved about the world.

The new PORCHES album, All Day Gentle Hold !, isn’t only a cathartic celebration of life and love but one that embraces the things that Maine has always loved about making music. Inspired by his teenage roots playing guitar along to his favourite songs, the eleven tracks that make up All Day Gentle Hold are meant to be listened together as a whole. The entire endeavour flows together perfectly feeling completely personal to Maine’s own experiences but also surprisingly universal in its emotional complexity.

When we reach Maine at his home in New York, he explains the process that went into the creations of the album. “I’ve always wanted to make something that fits together as a complete album,” he says. “I had these snippets of songs and would wake up in the morning and program some drums and play some guitar and build out the songs the way they felt like they needed.” The songs that make up All Day Gentle Hold are somewhat different from the previous work Maine has done as PORCHES. A little shorter but still packing an emotional intensity. “I really tried to make these fit together as a whole album. I’m a fan of the album as an experience and wanted these songs to work together as a whole.” The album plays out perfectly as one collection of songs instead of a bunch of disparate tracks cobbled together. It flows together so well. Each track one upping the one that came before it in terms of their head burrowing hooks. From single “Okay” and its jangly, arpeggiated guitar lines and repeated refrain to “Swimming Big” and its gentle synth padding, the work here is a masterclass of songwriting and production. One of the nice bonuses Maine discovered with writing such celebratory songs is that when it came time for him and his band to finally perform these songs live, the experience was wonderfully overwhelming.

“We played Lollapollaza a couple months ago. The first time we played in almost two years and it was so wonderful”, he explains. “When I set out making this record, I wanted to capture an intensity and to play these songs in front of people was even better than I could’ve thought.” PORCHES just announced an extensive tour for next year and with as amazing as it is to listen to these tracks on your headphones, the excitement in which Maine describes the live experience is enough to get any listener excited about seeing these live. In 2019 when Maine released his last album Ricky Music and then subsequently wasn’t able to really tour it because of the pandemic, he admits that if this wasn’t the case then perhaps All Day Gentle Hold wouldn’t have existed. “I don’t know if this record would’ve been made if it wasn’t for the pandemic. We probably would’ve toured Ricky Music for a long while and then I would’ve moved on to the next thing. With everything shutting down and not knowing if we would ever go back to live shows again made me appreciate the reasons why I got into making music in the first place and this record is kind of the outcome of that.”

The pandemic has made many of us reflect on the things that are most important to us and All Day Gentle Hold feels like the purest distillation of the type of music that PORCHES makes and it’s front to back an amazing treat. With things starting to reopen again it’s so nice to have this album here, not as a reminder of the terrible things that have happened or as a specific piece of “pandemic art” but something that can live on as a celebration of music, art and life and that is truly a beautiful thing.