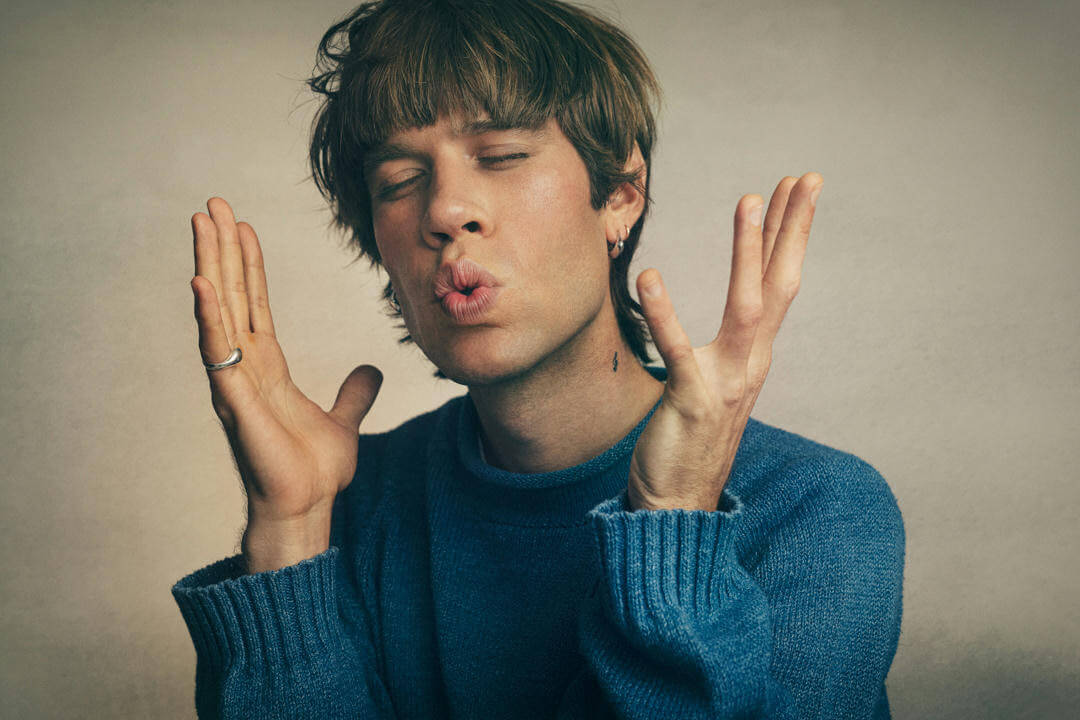 Porches, has announced his New LP, All Day Gentle Hold !
Share on TwitterShare on PinterestShare on PocketShare on RedditShare on FacebookShare on Email

Porches, has announced his New LP, All Day Gentle Hold !, with “Okay” and its accompanying video, directed by Maine. After a year of isolation, “Okay,”  The song is about reconnecting with the world.

From Aaron Maine AKA: Porches

“I recorded this album in my room between October 2019 and April 2021. The world was flipped and I wanted to make something injected with as much love, urgency, and lust for humanity as I possibly could.”

All Day Gentle Hold ! is described as a celebratory collection of songs. Harder, faster, shorter and louder than any other Porches record, it’s direct and pointed, charged up and chaotic, described by Maine as “the most energetic, off-the-cuff moments, collaged together into the most captivating songs [he] could make.”

After years of experimentation, this record was an effort to create the music Maine makes most naturally, cut down to its most fundamental parts. Without the structure of ordinary everyday life, he focused on the blind momentum of making music regardless of what would happen to his career, the industry, or the world at large.

The album embraces his rock roots and the guitar as his main instrument. Maine pared down the maximalism of Ricky Music to a focused sonic palette of two guitars, keyboard, live drums, and a drum machine. The 11 songs, written to work together from the onset, take cues from the cadence of The Ramones, the power of Nirvana, and the influence of teenage years spent listening to pop punk and grunge. Each track is totemic in its angst.

Equally personal and universal, tapping into moments intimate, absurd, banal and strangely everyday, All Day Gentle Hold ! takes the listener on a dreamy, primal journey through the mind of a man coping with an incomprehensible time, reveling in the joy and confusion of living through it all. It was recorded by Maine in his New York home studio, and mixed and mastered by James Krausse.