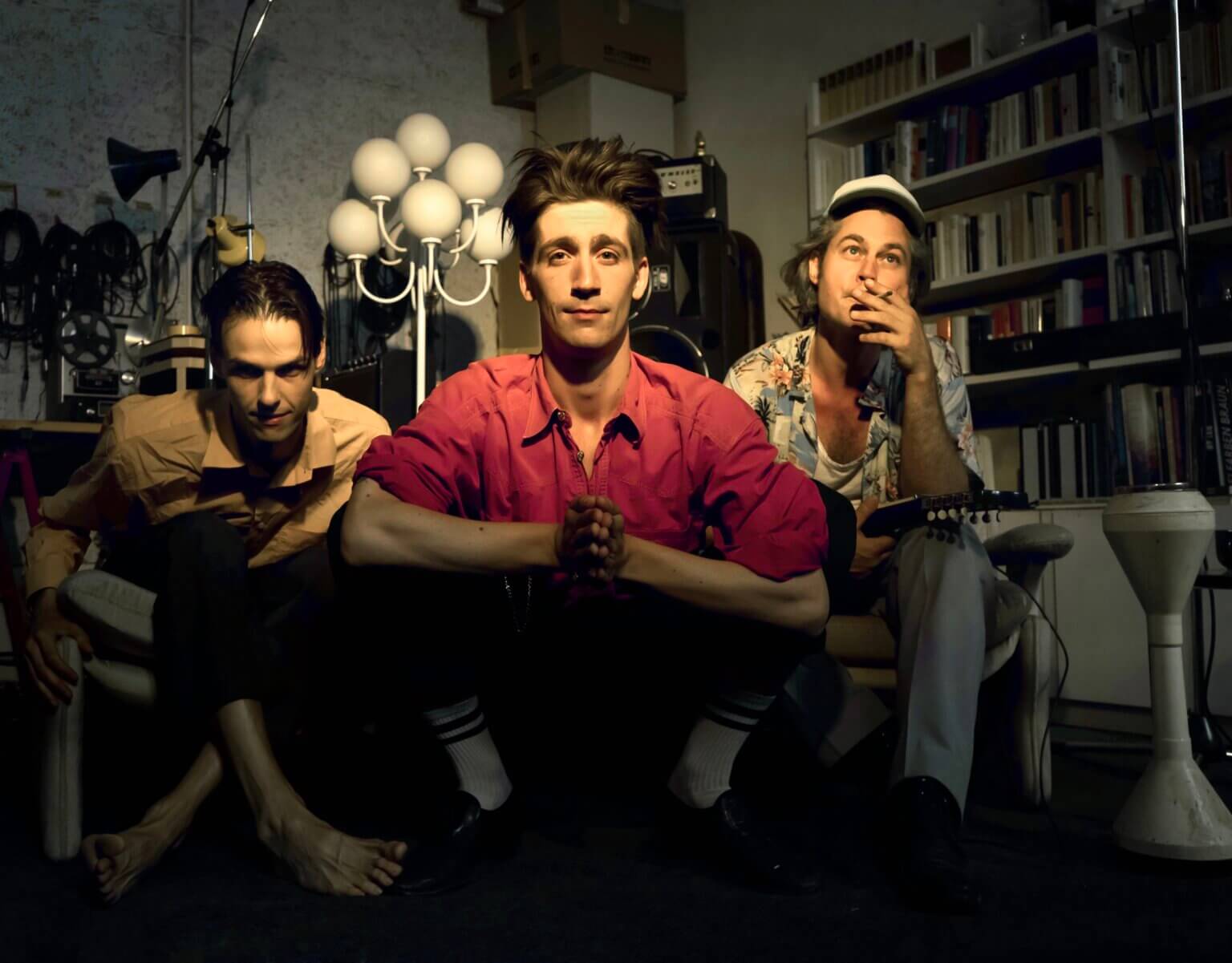 Austrian band Thirsty Eyes have dropped the new single “Pop sent.” Originally composed for a 17-piece jazz orchestra, “Pop sent” by chance found it’s way into the hands of Thirsty Eyes. A stretch from what it could have been, lead vocalist Samuel Ebner’s vocal performance takes the reigns in his signature gravelly tone. We witness Thirsty Eyes unlike we have heard them before, in what is a purposefully raw and explicitly poignant take on blues-driven rock.

“The band recorded at least 5 different versions in different studios and with different producers. At one time the song was supposed to be produced by Kristof Hahn, but the band finally decided to produce another version. In the first verse you can still hear a glimpse of Kristof playing the cabasa, but after the recording was sent through Klaus Gstettners modular synthesizer not much of the original sound remains. This version also features a hardly audible organ played by piano virtuoso Michale Hornek.”

The Thirsty Eyes message addresses the growing materialistic culture of modern society, where people are increasingly driven by the external, the flashy and superficial. With a particular focus on the indoctrinating power of social media, the group coined their name from the act of staring longingly at other peoples lifestyles and belongings, or being thirsty eyed.

This motif of questioning the world is carried into the debut album, characterising “Storm and stress, decency and humility”. With its title derived from the Cannes Film Festival category Un Certain Regard, which is prized to filmmakers whose work is unusual and not easily categorised, Thirsty Eyes set the tone of their debut album in three simple words.

Following on from the anarchic disposition of previous singles (including 838, Touch The Weather, Slothchild and Chickenbeat) Popsent offers a glimpse into the softer side of the sonic rocketeers, where they are oft boisterous and charismatic, serving no-one’s standards but their own. A Certain Regard is the result of a band enjoying the luxury of independence.

Pop sent drops on 4th March 2022 and following is A Certain Regard on 25th March 2022, both released on Haldern Pop Recordings.

Order A Certain Regard by Thirsty Eyes HERE