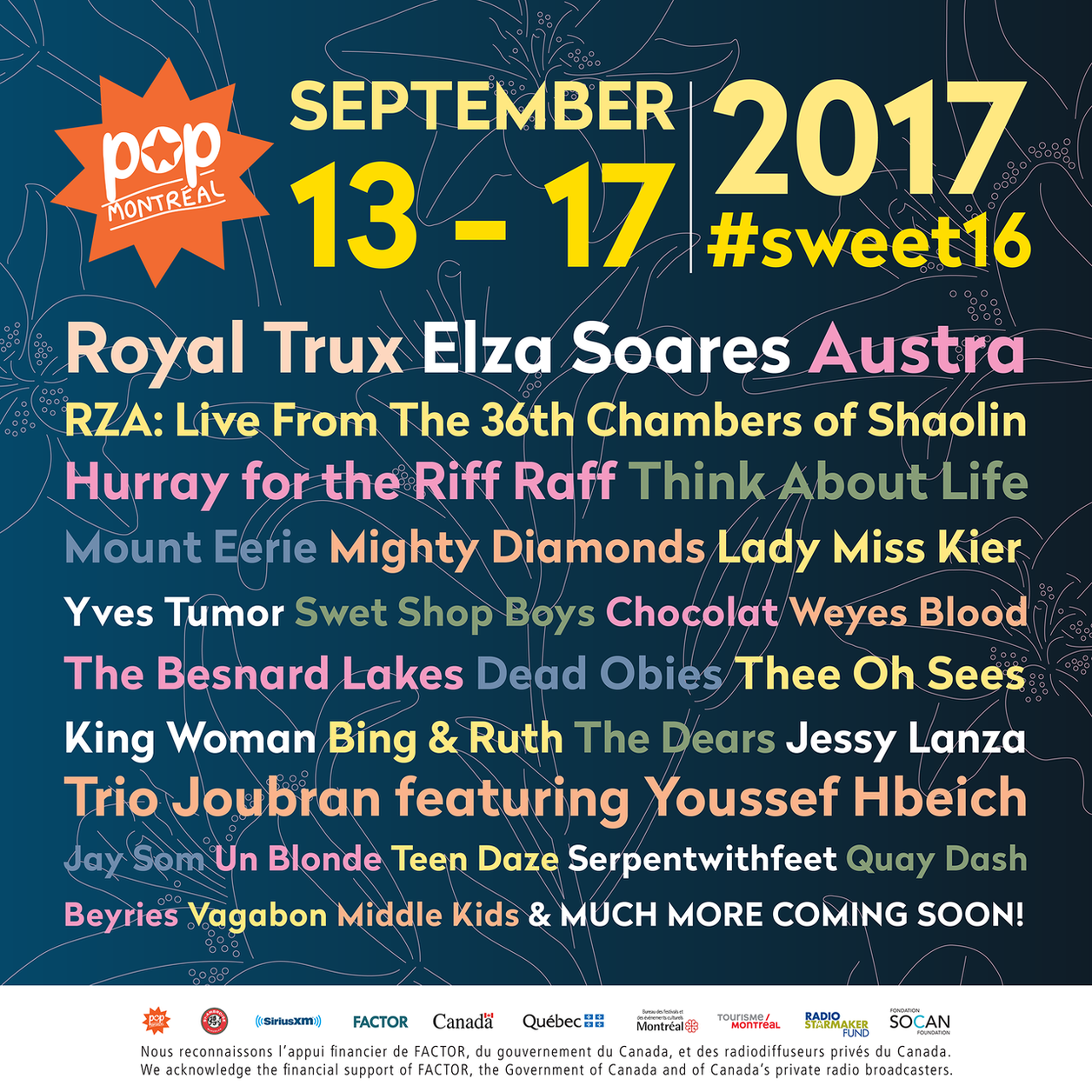 POP Montreal is back September 13th to 17th, 2017. Highlights include the Canadian premieres of the iconic Afro Brazilian samba diva, Elza Soares, and Wu-Tang Clan master RZA, who will perform a live score of The 36th Chamber of Shaolin. The Festival also announced the return of Royal Trux, the man who graced the cover of Time Magazine, Riz Ahmed, with his rap group Swet Shop Boys; the ultimate queen of groove, Deee-Lite’s Lady Miss Kier; the ultra catchy doo-wop folk band Hurray for the Riff Raff; the legendary Jamaican roots harmony trio Mighty Diamonds; the South Shore’s crunkest rap group Dead Obies; and the return of The Dears, performing their classic album No Cities Left in its entirety.

The annual POP Off Tour will take place again this May and June. It’s with much excitement that we will take our show on the road and present Arbutus-signed Mozart’s Sister & Montreal via Congo singer Pierre Kwenders.

POP Off Europe showcases will run at festivals such as The Great Escape, Liverpool Sound City, Focus Wales, Torstraßen and GreenZoo, as well as curated nights in London, Glasgow and Paris. 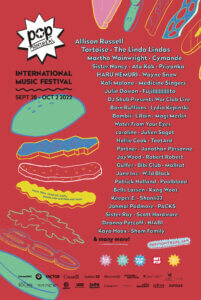