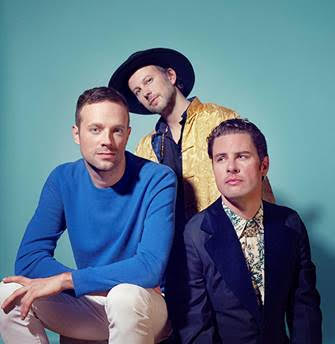 Eight years after their debut album Parc Avenue (2008), Montreal band Plants and Animals’ have announced their new full-length, Waltzed in from the Rumbling, the LP, is set for release April 29th on Secret City Records.

Since their most recent LP, The End of That (2012), the members of Plants and Animals have begun families and taken the time to slow down. Intentionally removing time constraints from their process, the group sought to reconnect with the honesty and autonomy of music created without pressure. “It was more like an art studio than a recording studio,” says lead vocalist Warren Spicer. “A mess, pieces of songs all over the place. We had this big canvas and were constantly filling in corners here, erasing there, repainting that part, standing back and looking at the whole picture to see what we had.” The time taken to write the album is reflected in climactic progressions within each song. Rather than a single frame, they give you the length of the horizon. Rather than a glimpse—they give you a vision.

The first single “Stay” exemplifies the large orchestral scope that Plants and Animals have unleashed, while channeling the gritty folk roots that bore Parc Avenue. The track opens with an acoustic folk vocal, reminiscent of past albums. Then, unexpectedly, the song takes an electric turn, exploding in sound, tempo, instrumentation, and depth, asking you to “look inside your heart”. “Stay” is an instant rock classic: epic and unforgettable.

WALTZED IN FROM THE RUMBLING TRACKLIST