Plants and Animals debut “We Were One” Video 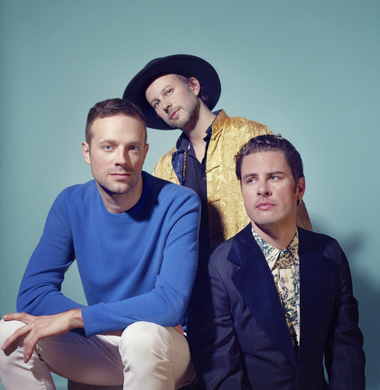 Montreal’s Plants and Animals recently released their first album in four years, Waltzed In From The Rumbling via Secret City Records (Basia Bulat, The Barr Brothers). Today, the band shares their new video “We Were One.”

Director Frédérique Bérubé explained of the video “buried in my computer, old hidden memories. From your childhood, of our island. And of this clear blue water, calm but violent, that was surrounding us. This water that was running across your cheeks when you were young, that used to calm us down and in which we slowly drowned. Those waves are still reflecting the light of our memories.”

Eight years after their debut album Parc Avenue (2008), Montreal based Plants and Animals’ newest evolution, Waltzed in from the Rumbling, saw it’s release on April 29th via Secret City Records. Similarly recorded to tape, the new album embodies the raw musicianship characteristic of the group, while injecting symphonic crescendos, lyrical balladry, and metamorphic song developments. This is Plants and Animals’ most soulful and inventive collection of music yet. Eleven soundtracks fit to accompany leaps taken, ships sailed, dark water and pink skies.

Since The End of That (2012), the members of Plants and Animals have begun families and took the time to slow down. Intentionally removing time constraints from their process, the group sought to reconnect with the honesty and autonomy of music created without pressure. “It was more like an art studio than a recording studio,” says lead vocalist Warren Spicer. “A mess, pieces of songs all over the place. We had this big canvas and were constantly filling in corners here, erasing there, repainting that part, standing back and looking at the whole picture to see what we had.” The time taken to write the album is reflected in climactic progressions within each song. Rather than a single frame, they give you the length of the horizon. Rather than a glimpse—they give you a vision.

The influences of the new LP are far and wide: the broken soul of Van Morrison; the off-kilter geometry of J Dilla; the dark, French funk of Serge Gainsbourg; the fire of John Coltrane’s quartet; Messiaen’s synaesthesia; the quirk of Angelo Badalamenti. The result is pure Plants and Animals, wide open with room to move.