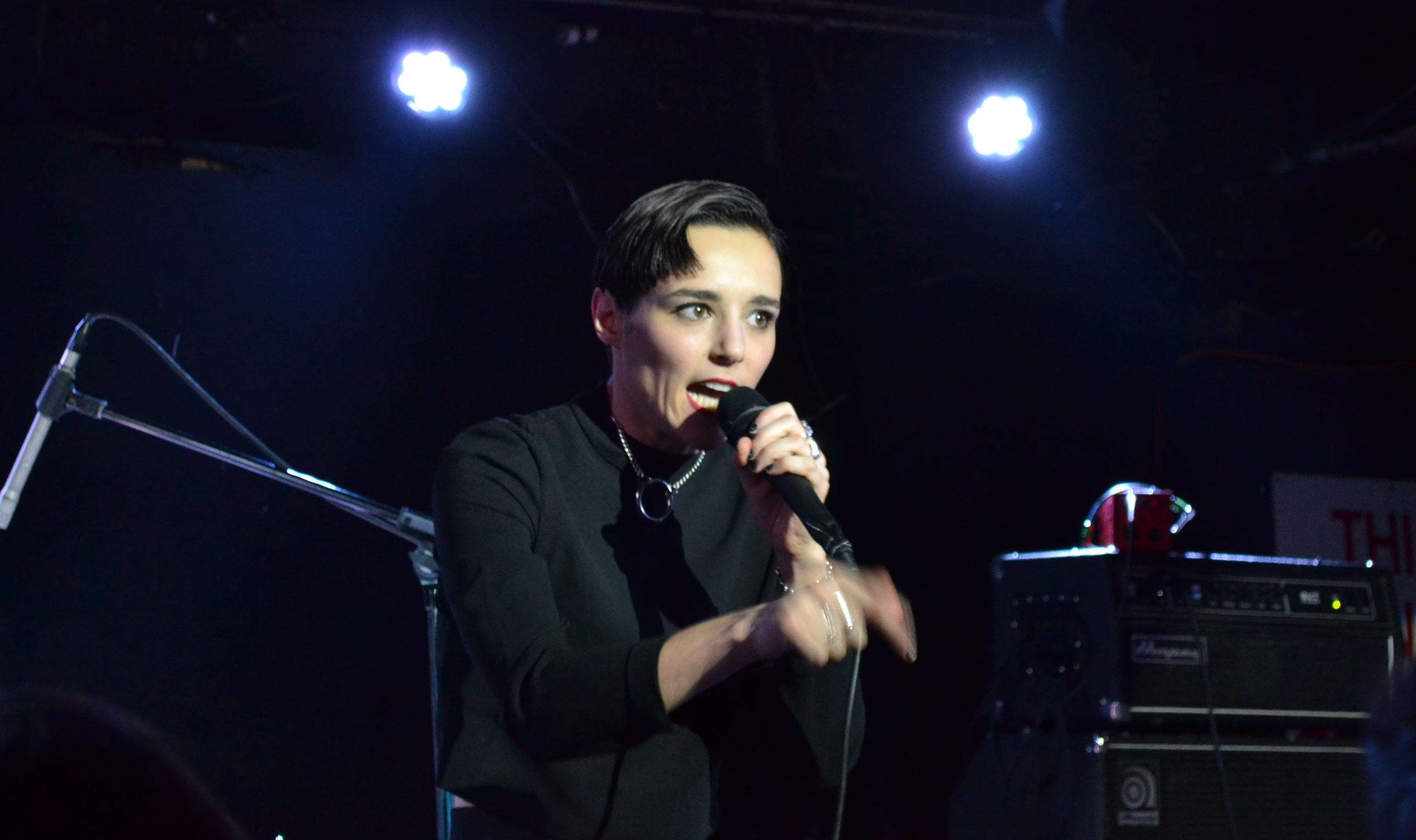 I’m a late comer with Savages. Not that I wasn’t into them when they first started popping up on the scene in 2012 with the “Flying to Berlin/Husbands” single and the I Am Here EP, but it had taken me this long to finally see them live. Better late than fucking never. Their show at Mercury Lounge, the second in a set of NYC performances, was an amazing thunder of squalling post punk, that left me and everyone around me, breathless. Lead singer Jehnny Beth commented on how quiet the audience was being between songs – a feeling of wonderment is the only explanation I can think of.

For a taut hour, the quartet ran through a set consisting primarily of brand new material, presumably for a new record that one would hope will drop sometime in the first half of this year. Their songs are still stark and filled with high stakes rhythms and squealing noise, but there’s already tremendous development in their craft with two songs in particular (tentatively titled “Adore” and “When In Love”), that feature show-stopping breakdowns in their codas. Beth remains a master performer, her gaze nearly as intense as her pitch-perfect voice, which hit every note with intimidating ease. Her movements on stage were almost as if she were conducting the rest of the band, making deep swoops with her hands that befell cymbal crashes from Fay Milton, and fluttering her fingers in a way that seemed to conjure out Gemma Thompson‘s guitar playing. Ayse Hassan acted as an anchor, her basslines being a heavy pivot between the rest of the members.

Seeing Savages in a small venue like Mercury Lounge gave once a chance to see the music coming at you laterally – there felt as if there was no separation between you and the band, the songs pummeling in your direction with no buffer zone to soften the blow. The chance to see such a magnetic group in a venue of that size is lucky, especially since this is a weeklong stint, with shows at the similarly sized Baby’s All Right and St. Vitus, both in Brooklyn. After this week, it’s not likely to ever happen again.

Check out some pics we got of the show below. The band’s debut album Silence Yourself is out now on Matador/Pop Noire.