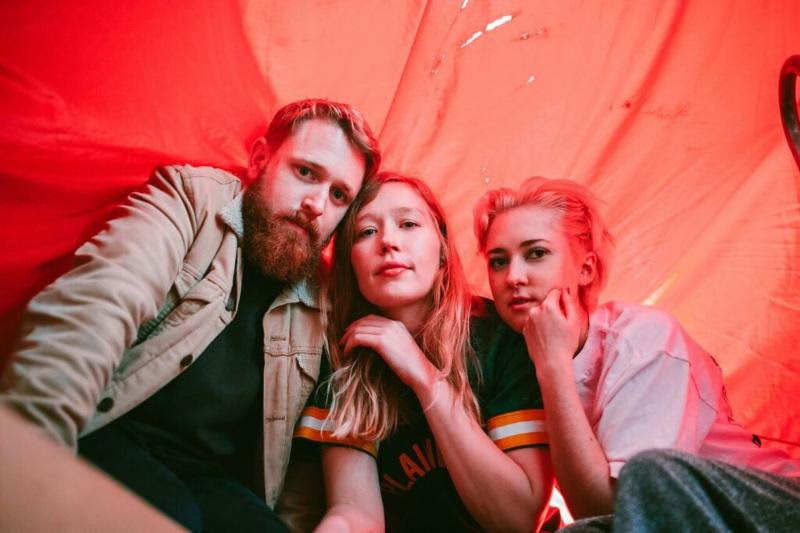 Phantastic Ferniture’s spiritual home may be the garage but they were born in a bar, specifically the hallowed basement of Frankie’s Pizza in Sydney. One late night in 2014, on Jacklin’s birthday, a group hug manifested amid the pinball machines, with all ten participants vowing to form a band. “Only four of us remembered the next day,” notes Hughes. United by fern puns and a love of leisurewear, the band met up whenever schedules would allow, writing songs and playing smatterings of dates to an increasingly devoted audience. Eventually it was decreed that this was no side project and an LP should follow.

The brief? More spontaneous and less technical than their solo projects. “That was the fun part,” says Jacklin. “Ryan never played drums in bands, Liz had never been a lead guitarist, Tom didn’t play bass and I’d never just sung before’. Liz adds, ‘We wanted a low level of expertise, because a lot of good music comes from people whose passion exceeds their skill”.

The mission was obvious: Don’t overthink it. That’s evident in the urgent garage-pop perfection on Phantastic Ferniture’s self-titled debut album, out July 27th on Polyvinyl Record Co., and in the unconventional path the band has taken to releasing it. The result is one of the most enjoyable albums of 2018. “It feels really good,” Jacklin says with satisfaction. “It’s like having an alter ego.”

“We have to really thank all of our friends who came and made this clip with us. It turned out to be quite a painful process but probably good for our dwindling musician specific fitness levels. I think all our arms were aching for about a week after. I think anyone who is already on the fence in regards to our use of fern imagery is going to really hate us after watching this. We had also just got back our puzzle that features on the cover of our record and were putting it together while we waited for each shot to be set up.