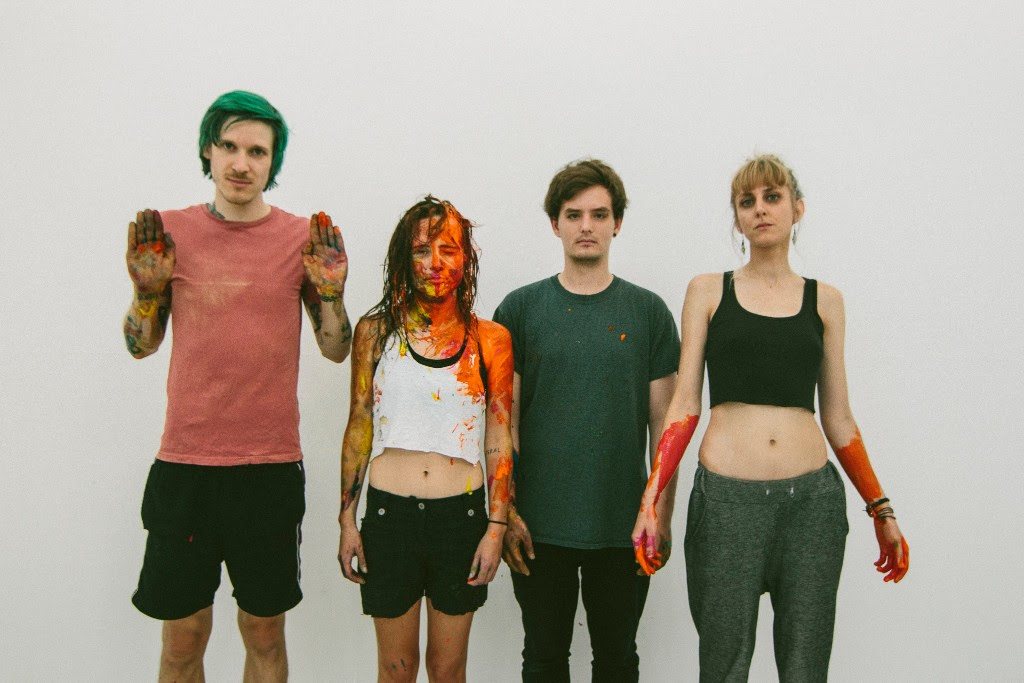 Deflate is mostly about bursting big egos so that their owner can see past them again. The end lyrics switch to ‘I want to stick a pin between my eyes’ because I really feel like any of us can get blinded by our own egos, and for me personally, most of my anger gets redirected inward. I’ve seen so many things get fucked up because of individuals – often men – making things all about them and not thinking about how their behaviour affects other people. I’ve also been thinking a lot about the difference between acting like you’re doing something and actually doing it, especially now social media dominates so much of our lives. I guess I just feel like it’s always worth reflecting on our motivations for doing stuff, especially political activities.

The song grew out of an acoustic song I wrote years ago for my other band Feralus. This was a really strange writing process for Petrol Girls because we began with vocals and drums. I had a really clear idea for how I wanted the vocal rhythm to be and Zock built the drums up around that before the others added guitar and bass. We also reinserted a small melodic section from the original. I updated the lyrics at the recording stage, including a second melodic section that plays on that famous Emma Goldman quote, “If I can’t dance then I don’t want to be part of your revolution.” This was because some guy came up to us whilst we were instigating a solid dance party, blasting Cher or something, after we played this squat in Zurich, and said that he no longer thought we were ‘authentic’ because we were dancing to ‘capitalist music.’”
– Ren Aldridge (Petrol Girls)

Petrol Girls combine manic jagged rhythms with vocals that range from furious screaming to intricate melodies and harmonies. Influenced by Refused, White Lung, Bikini Kill, Fugazi, RVIVR, Propagandhi, At The Drive-In and War On Women, Petrol Girls have sculpted a sound and a performance that is not only explosive, but highly detailed and raucous. They identify as a feminist band and draw on personal experiences to challenge and ridicule sexism, as well as exploring wider political themes, such as alienation, mental health and the current anti-austerity movement. Sometimes desperate and sometimes defiant.