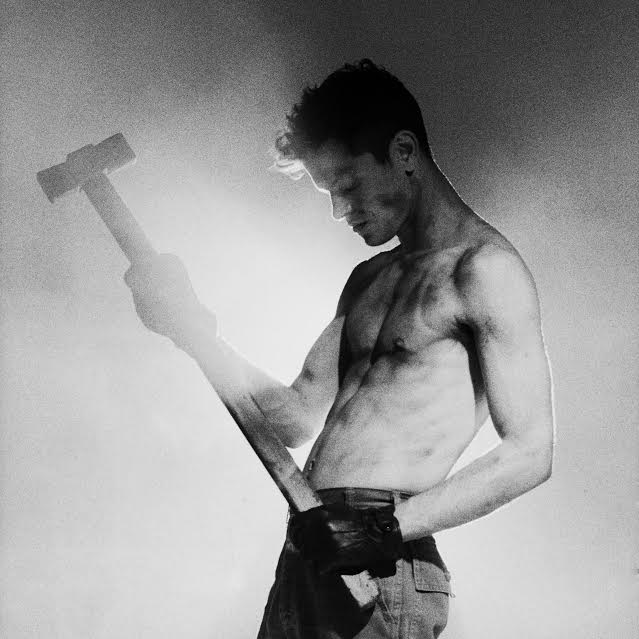 Perfume Genius (Mike Hadreas) will releases his new album Set My Heart On Fire Immediately, on May 15th via Matador Records. Today, he shares the first single, “Describe.” Perfume Genius will join Tame Impala on a North American arena tour throughout the Spring and Summer. The dates kick off May 29 at The United Center in Chicago and conclude in Gorge, WA on August 7 at The Gorge Amphitheatre.

started as a really somber ballad. It was very minimal and very slow. And then it turned into this beast of a song. I started writing about when you are in such a dark place that you don’t even remember what goodness is or what anything feels like. And so, the idea was having someone describe that to you, because you forgot or can’t get to it.” Its accompanying video, self-directed by Hadreas, envisions “an end of the world where there are no boundaries, there are no edges, no rules, or the rules are completely new with how you interact with each other and the space around you.”

The music video for “Describe” was directed by Hadreas and features Seattle-based choreographer Kate Wallich’s dance company The YC. Wallich and Hadreas worked together on 2019’s The Sun Still Burns Here, collaborative dance performance in which Hadreas wrote the music and performed.

The album explores and subverts concepts of masculinity and traditional roles, and introduces decidedly American musical influences. Throughout the album Hadreas plays with themes of love, sex, memory and the body, channeling popular music mythologies while irreverently authoring its own. “I wanted to feel more open, more free and spiritually wild,” says Hadreas, “and I’m in a place now where those feelings are very close– but it can border on being unhinged. I wrote these songs as a way to be more patient, more considered — to pull at all these chaotic threads hovering around me and weave them in to something warm, thoughtful and comforting”

An Impression of Perfume Genius’ Set My Heart On Fire Immediately

Can disruption be beautiful? Can it, through new ways of embodying joy and power, become a way of thinking and living in a world burning at the edges? Hearing Perfume Genius, one realizes that the answer is not only yes—but that it arrived years ago, when Mike Hadreas, at age 26, decided to take his life and art in to his own hands, his own mouth. In doing so, he recast what we understand as music into a weather of feeling and thinking, one where the body (queer, healing, troubled, wounded, possible and gorgeous) sings itself into its future. When listening to Perfume Genius, a powerful joy courses through me because I know the context of its arrival—the costs are right there in the lyrics, in the velvet and smoky bass and synth that verge on synesthesia, the scores at times a violet and tender heat in the ear. That the songs are made resonant through the body’s triumph is a truth this album makes palpable. As a queer artist, this truth nourishes me, inspires me anew. This is music to both fight and make love to. To be shattered and whole with. If sound is, after all, a negotiation/disruption of time, then in the soft storm of Set My Heart On Fire Immediately, the future is here. Because it was always here. Welcome home.
​
—Ocean Vuong, author of On Earth We’re Briefly Gorgeous