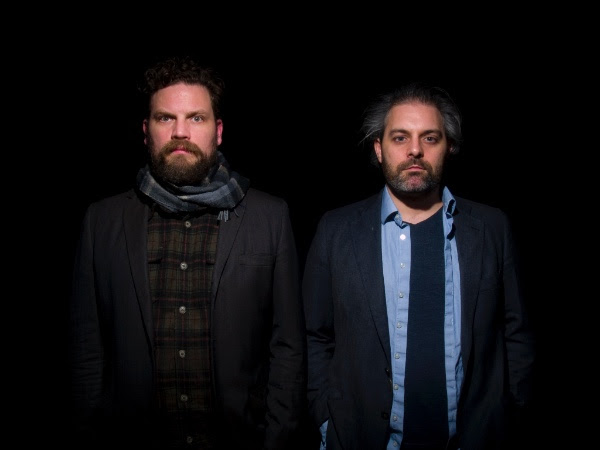 Peregine Falls will release their self-titled new album on May 12th. The Vancouver band recently shared the album’s first single “The Machinist”, which is now available to stream.

“The track reflects the surreal state of the current world,” says the band’s Gordon Grdina. “It nods to “If 6 was 9″ by Jimi Hendrix and guest musician Jesse Zubot plays a small wooden flute lending to a wild, improvisational din that finishes with calm and hopeful rumination.”

“Peregrine Falls is the explosive musical conduit for Vancouver musicians Gordon Grdina and Kenton Loewen. Having collaborated for almost two decades in such bands as The Crackling, The Gordon Grdina Trio, Dan Mangan and Blacksmith, Haram and countless other experimental projects, Peregrine Falls is the next natural evolutionary distillation that focuses largely on rough gritty riffs, thumping rock feels and chaotic frenetic improvisation”.

Named for the moment when a Peregrine Falcon falls from flight to full dive bomb, Peregrine Falls took time out from an American tour to stay on The Finger Lakes in Upstate NY to write material for the new album. Co-produced with Jesse Zubot from Drip Audio and recorded by John Raham at Afterlife Studios this dynamic and thunderous recording truly captures the high energy, chaotic musical connection Loewen and Grdina share.