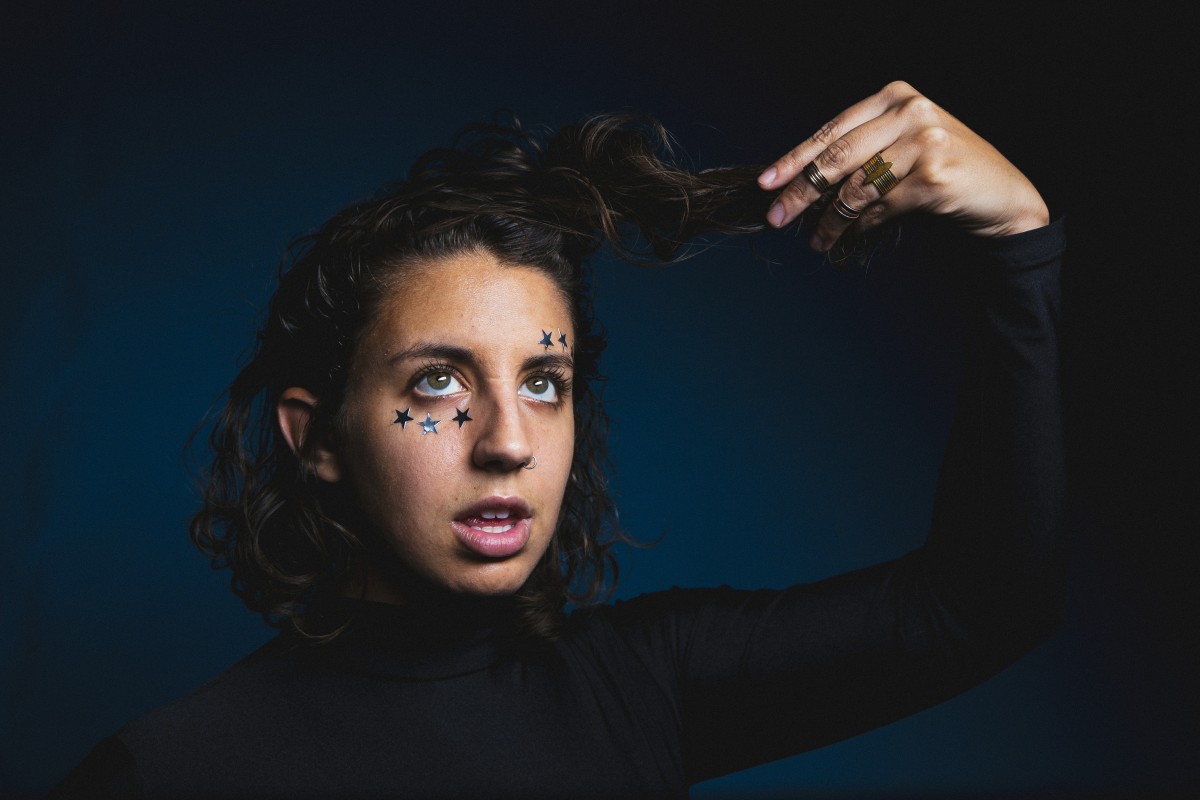 Pema is the strange new musical baby coming from Alex Cohen, front woman of Austin-based quartet Alex Napping. Cohen claims to have developed her latest persona on the stage of a local karaoke bar stating, “You can find Pema there most Tuesday nights.” A stark divergence from the guitar-driven indie rock of Alex Napping, Pema is a confident first step for Cohen into the world of electronic pop.

At times exploratory and vast, and at others melodically compelled by bright vocal hooks, the debut album from Pema, Doublethink, is a collection of 8 songs rooted in inconsistency, both in content and production. Each song began as a 1-minute sketch demoed by Cohen in her home studio. These sketches were then fully crafted in collaboration with a different team. The lyrical themes of this project are rooted in the discrepancies between human behavior and thought and our tendencies, as complicated and flawed creatures, to experience deeply entrenched uncertainty. “In the face of this uncertainty, it’s common for our thoughts and our actions to be wildly inconsistent,” says Cohen. Doublethink, a term taken from George Orwell’s fictional language Newspeak, dives head first into investigating that notion with Cohen examining her own erratic patterns along with those of the people in her life.

Creatively, this album was a practice in working with new partners, letting go of attachment to ideas, and learning to operate on the fly. Despite featuring 6 different producers, including the ever visceral duo Cross Record, The Eastern Sea’s Matt Hines (LAZ3NBY), as well as Cohen herself, the album manages to achieve a certain cohesion in its inconsistency. Emotionally, working on Doublethink provided Cohen with an opportunity to wade through her long standing discomfort with dealing in unknowns. Doublethink will be out June 3rd on Wishy Washy Records.