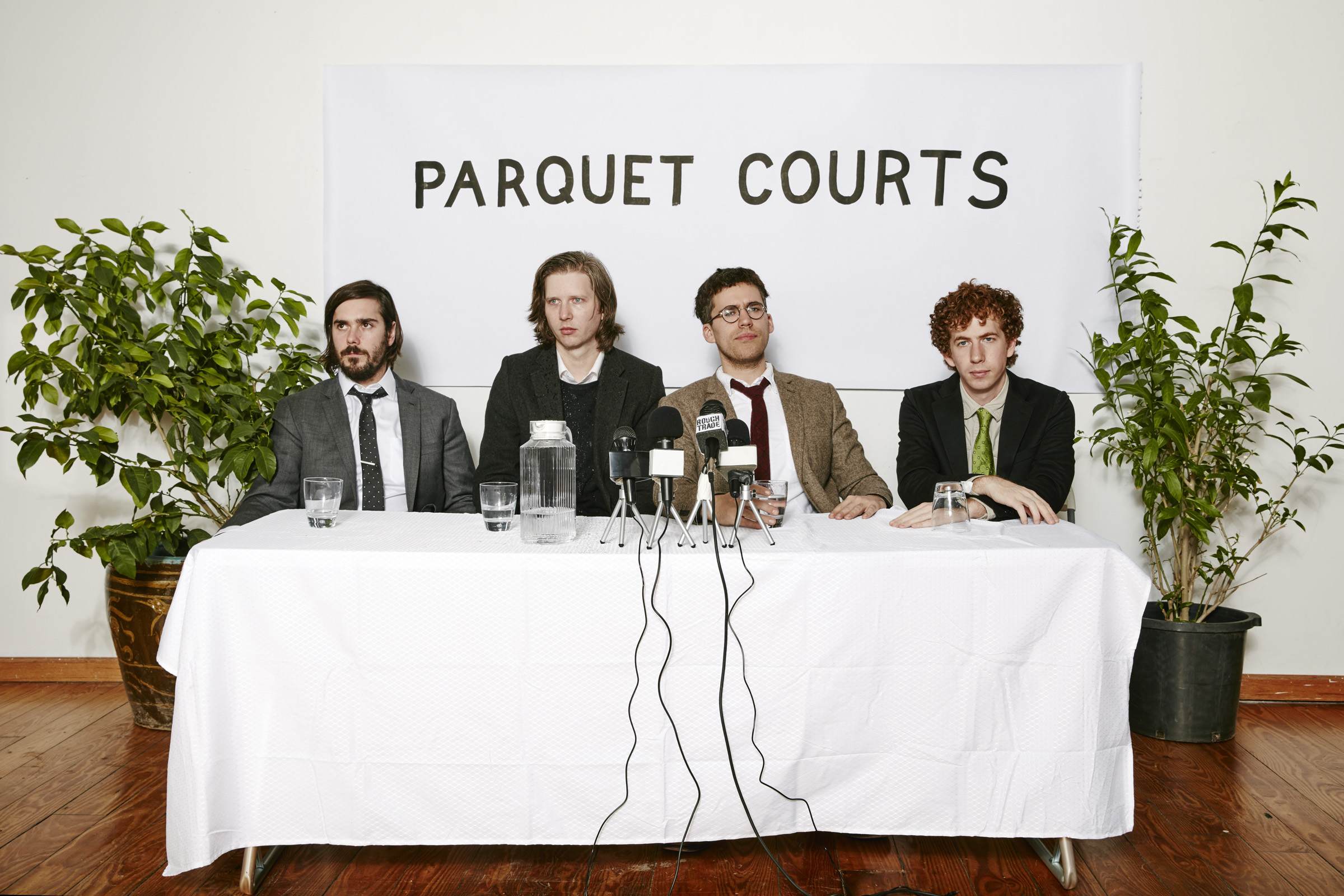 New York, Band Parquet Courts have announce their new full-length, Human Performance, out April 8th on Rough Trade. Recorded over the past year against a backdrop of personal instability.

“Every day it starts, anxiety,” began the first song on 2014’s Content Nausea. Those were essentially the song’s only lyrics, but Human Performance picks up where that thought left off, picking apart the anxieties of modern life: “The unavoidable noise of NYC that can be maddening, the kind of the impossible struggle against clutter, whether it’s physical or mental or social,” says singer, guitarist and Human Performance producer/mixer Austin Brown.

There has always been the emotional side of Parquet Courts, which has always had an important balance with the more discussed cerebral side, but Savage sees Human Performance as a redistribution of weight in that balance. “I began to question my humanity, and if it was always as sincere as I thought, or if it was a performance,” says Savage. “I felt like a sort of malfunctioning apparatus,” he says. “Like a machine programmed to be human showing signs of defect.”