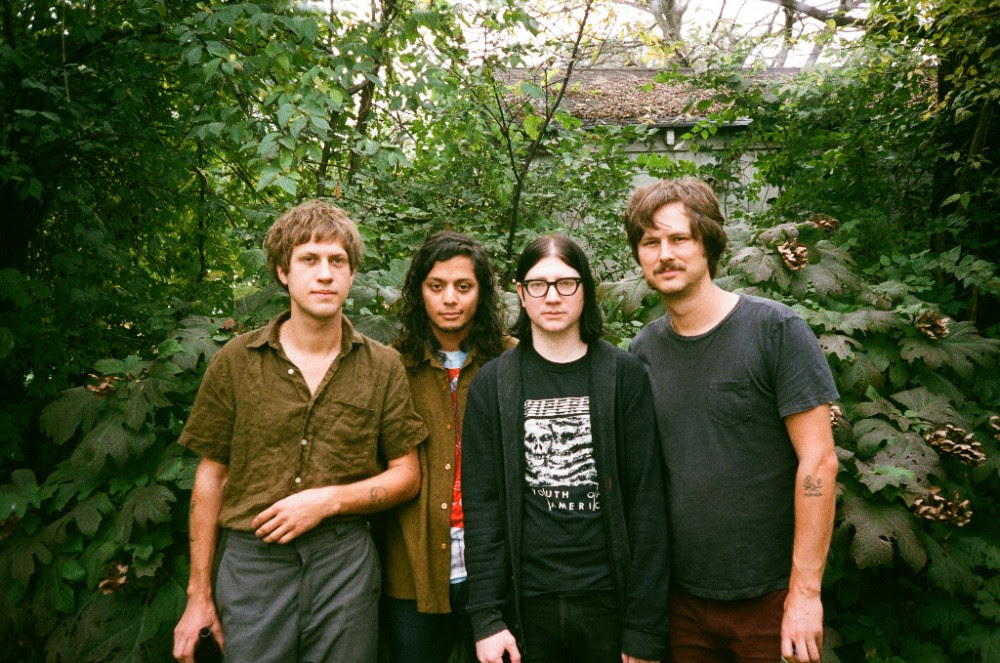 Magic Songs marks a significant change of direction for JEFF the Brotherhood, who have added new band members in Jack Lawrence or Dead Weather/Raconteurs and Kunal Prakash of Viva L’American Death Ray Music, and work with several new collaborators including Daddy Issues’ Jenna Moynihan and Bully’s Reece Lazarus, both of whom feature on the album’s first single “Parachute,” which premieredrecently . The track, on which Moynihan takes a co-lead vocal with Jake Orrall, showcases several of the new influences The Brotherhood have incorporated into this release, which range from ’80s and ’90s Japanese experimental music (a passion of Jake Orrall, who recently contributed liner notes to a Light In The Attic compilation of Japanese “New Music,”) to extreme metal. In support of the release JEFF the Brotherhood have just announced a North American tour that starts September 17th in Columbus, Ohio. Magick Songs LP comes Out September 7th on Dine Alone Records.

“The form, structure, and spirituality of ‘Parachute’ is rooted in Indonesian Gamelan traditions, something the band felt a strong magnetism towards during the recording process,” says Orral. “This gives the piece a sort of otherworldly feel, a dreamlike landscape that is further explored through the imagery of the lyrics.

The lyrics for Parachute began with a dream Jamin had that seemed to fall into place within the themes of the album as a whole, an off world interplanetary/interplanar apocalypse, a psychic battle against an impossibly powerful destructive force not only in the physical dimension but in one’s own mind and humanity’s collective consciousness.

Magick Songs was recorded in a bare bones studio, built in Jake Orrall’s Nashville living room, over a 5 month span. It was a unique experience for the brothers, who had recorded each of their preceding 12 full lengths in studios under the guidance of professional engineers.

“It was a huge change for us,” Jake Orrall says, “but the music that we had been making up to this point had just kind of fizzled out. It got stale for us. We felt like we’d hit a dead end and we were really excited to try some new things. We built this record from scratch with all of us in a room together which was a really different approach than anything we’d done before, and spent 5 months working day in and day out. Our average time for recording a record before this was 3 days, so there wasn’t really any room or time for this kind of experimentation.”

Magick Songs explores a host of new influences, while emphasizing different shades of sounds that have coloured The Brotherhood’s previous releases. Elements of 80’s and 90s Japanese experimental music (Orrall sites Yellow Magic Orchestra, Haruomi Honso, Midori Takada, Satoshi Asakawa and Motohiko Hamase) meld with Indonesian Gamelan forms (derived from the releases in the Nonesuch Explorer series and the music of 70s experimental collective Geinoh Yamashirogumi), clever improvisation and abundant hand percussion and synthesizer. Elsewhere heavy psych, drone and the brother’s rarely tapped interest in extreme metal blends with the kraut rock that has long inspired them to stretch their sound towards the outer reaches of space rock squall. Thematically they toy with a broader concept for the first time in their career, synthesizing Asimov’s Foundation trilogy, Studio Ghibli films, sci fi anime like Neon Genesis Evangelion and Akira, and their own meticulously recorded dreams into a loose narrative that informs the albums lyrics.

“There’s so much preconception now about our band, and people have already made up their minds about what kind of band we are, which isn’t really what we’re about at this point in our lives,” says Orrall. “At one point we took a shot at being a radio rock band, and it was an interesting experience and the record that we made taught me a lot about songwriting and production. You’ve gotta try these things and it was an intriguing opportunity artistically as much as anything. This record is another opportunity, with no restraints outside of taking our sound in the directions we want to take it.”