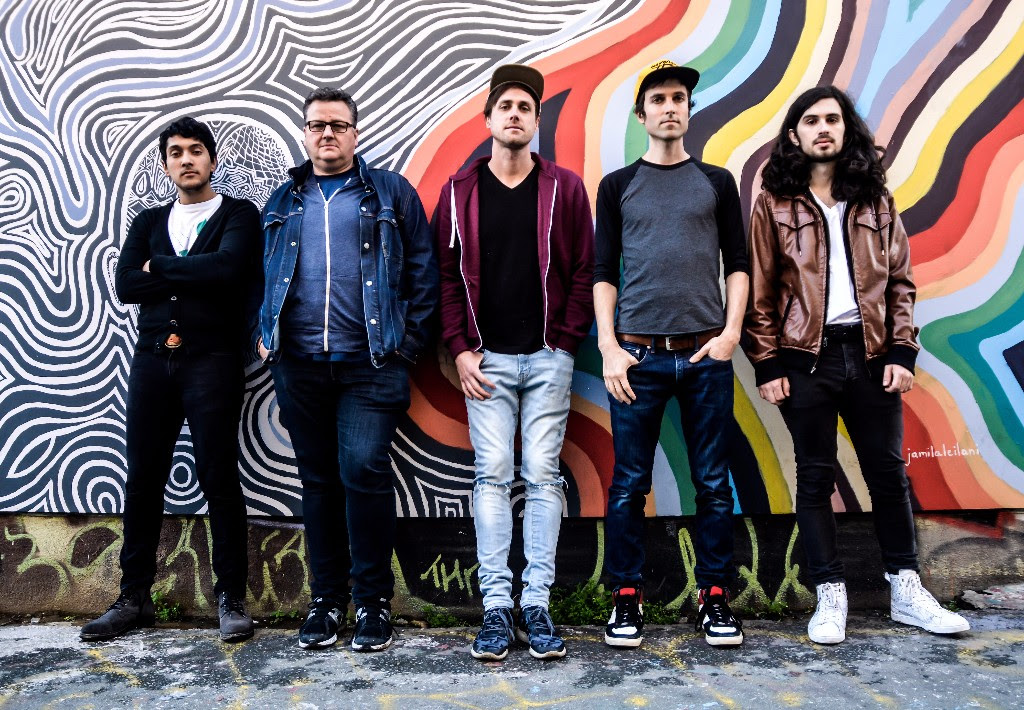 Today, San Francisco band Panic Is Perfect released a remix of the single, “You’re Alive,” by Cavego. “You’re Alive’ is about finding joy through pain and how sometimes those two things can exist together at the same time. We filmed part of this video at one of our shows in San Francisco. As a band, our most joyful moments are on stage playing music for people. We we really wanted to capture a little piece of that experience in this video.” – Mike Hoffman

The “panic” in Panic Is Perfect has a lot more to do with adrenaline than it does with anxiety. On the San Francisco-based band’s debut full-length Cellspace, there’s a sense of urgent wonder that drives the unique, eclectic and undeniably accessible songs. It’s something also apparent in the band’s legendary live show, which is known for captivating audiences with instrumental sagas, high-energy percussion and soulful grooves that make it nearly impossible to stand still. The band sums it up aptly, describing their own music as: “finding a fire that burns bright enough to transcend your life; finding joy that can burn through the sorrow.”

The 25-year old Norwegian nu-disco prodigy Cavego, lives in the city of Bergen which has fostered highly acclaimed artists as Kygo and Sonny Alven. Cavego has always been inspired by the 70s disco, and he tries to capture this particular vibe through his eclectic and vibrant tunes. Still at his beginning of his career Cavego has done official remixes of renowned artists as SNBRN and Satin Jackets, and plans to make further steps in 2016.

The “panic” in Panic Is Perfect has a lot more to do with adrenaline than it does with anxiety. From the very first notes of the band’s debut full-length, Cellspace, out on Strange Loop Records, there’s a sense of urgent wonder that drives the unique, eclectic and undeniably accessible songs. Each of the 11 tracks has an indisputable energy, but unlike everyday pop songs they feature an impressive array of international influences and surprising sounds—from vibraslaps to french vocal loops —that make for exciting, inspiring and truly multifaceted music.

A good deal of Panic is Perfect’s complex sound comes out of the experiences of the group’s founders, Mike Hoffman and Jeremy Belzer who’ve crisscrossed the globe, making music from Ghana to Thailand, Korea, China and beyond. Indeed, the band initially formed while Hoffman and Belzer were in Southern India and continued when the pair—multi-instrumentalists, songwriters and producers who met at their Los Angeles music school—reunited in the San Francisco Bay Area. Filling out the band is Ty Parker on drums, Joey Hassid on synth and David Monzon on guitar. Each of the band’s five members brings impressive individual talent to the creative process and together the band creates a live show known for captivating audiences with instrumental sagas, high-energy percussion and soulful grooves that make it nearly impossible to stand still.

Since forming, Panic is Perfect has released an EP—2015’s well received Behind Your Eyelids—and toured extensively, creating what Belzer calls wild landscapes. “We love dance songs,” he says, “but in the end what transports us to another place are the different rhythms, sonic landscapes and intimate messages that make each song personal, and different than the last. “That multi-dimensional sound is something the band has created by design. “We have a lot of multilayered arrangements in our songs, and almost everything we write features big hooks,” Hoffman says. “Everything is catchy, but it’s also complex. The songs are approachable and memorable at the same time.”

Nowhere is this more apparent than on Cellspace. The album opens with “Turn Back Into Stars,” at once upbeat and apocalyptic in its creation of original sonic scenery propelled by driving rhythms, and features standout tracks like “Go Go Go,” which has been played around the world more than 13 million times, the surprisingly soulful “The Mailman” and the danceable “You’re Alive.” All of the tracks couples their energy with a deep-seated message apparent throughout, creating something of a theme to the album. Hoffman says it’s about, “finding a fire that burns bright enough to transcend your life; finding joy that can burn through the sorrow.”

The live Panic is Perfect experience also allows the band to show off its versatility. “We’ve noticed a lot of bands in our genre of music using backing tracks when they play live,” says Belzer. “We play music that sounds like it has backing tracks but doesn’t, and that has given us the flexibility to jam more, and to extend sections of songs when we’re really feeling it.” This display of energy and innovation has become a hallmark of the Panic is Perfect experience and has made the band’s live show something unique and important for every fan to experience. “Our live show has evolved over time and has solidified during all the touring we’ve done in the last year,” Hoffman says. “We do a lot of heavy, intense, high-energy drumming and the goal for us is to create a tangible energy for the audience and take them to a transcendent place.”