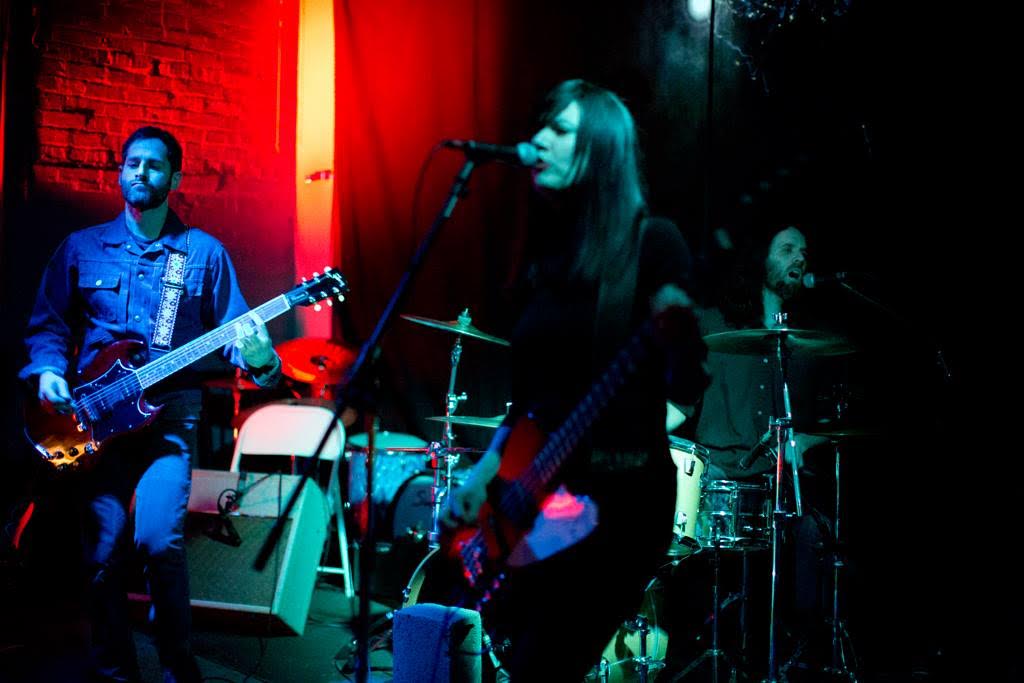 Post-punk band, Pamphleteers have been making music in Chicago, since 2012. Pamphleteers, play a brand of psychedelic and new wave delivered with a punk urgency. After the debut of their first EP, the band recently released its first full-length record, The Ghost That Follows on September 23rd. Today, Pamphleteers have released the first video from the album, for the single “Shivering”, Directed by Phil Hall.

The band have a long history together. Having played in such bands as The Dials, Telenovela, and The Returnables, Rebecca Crawford, Geoff Atkinson, and Jonathan Ben-Isvy have played side by side, if not together, for more than a decade, and their relationship goes back further. When events conspired to find Crawford and Ben-Isvy simultaneously bandless for the first time in their years of friendship, they naturally looked to each other to fulfill their musical compulsion.